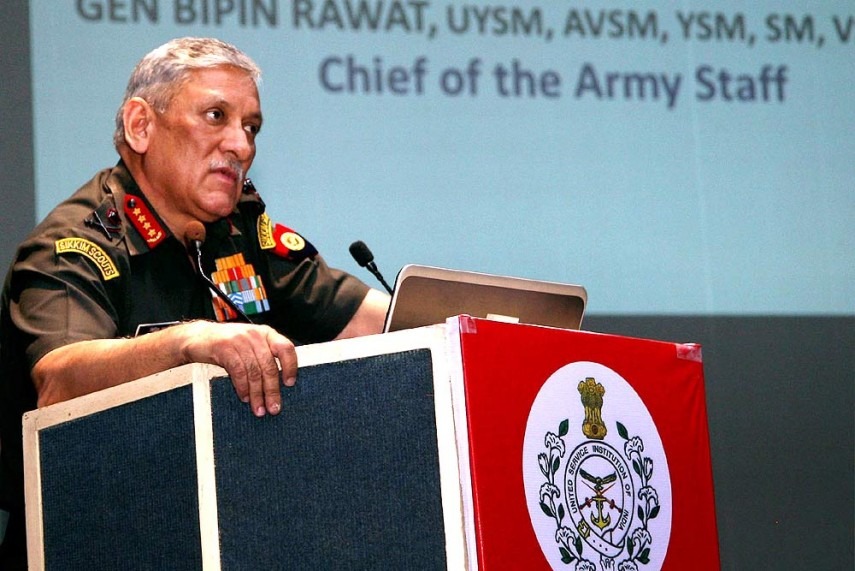 Lashing out at the Congress for demeaning Army Chief General Bipin Rawat to a "street thug", the Centre on Monday said party chief Sonia Gandhi should issue an apology and clarify its stand on remarks against the Indian Army.

"It shocks us. It did not come from a somebody from Congress, but from a very eminent Congress leader," Union Commerce Minister Nirmala Sitharaman told the media here.

Accusing the Congress of "consistently questioning the integrity of the Indian Army to shame and demoralise them," she said, "I wonder if this is a strategy of the Congress to undermine the Indian Army, weaken our institutions. 'Sadak ka gunda?' Is that a language a senior politician uses against our Army Chief? Sonia Gandhi should disown that their leadership which is going on insulting Indian Army, is not what the Congress wants and should apologise. The Congress should clarify its stand on remarks against the Indian Army."

Meanwhile, Congress leader Sandeep Dikshit, earlier in the day, tendered an apology for the second time, saying shouldn't have used "uncivilised" words to convey his message.

"It was a statement given to you (ANI) only and it was in the context of the constant statements that the Army Chief has made with regard to the army's preparation and Pakistan. I thought Indian Army chiefs normally don't make these statements and they have a different manner in which they approach. However, this was a separate issue. If I had to say something of this kind, there was a different language and manner in which I should have said it. It doesn't make any sense to use words that are not correct and civil and I apologise for that," Dikshit told ANI.

Speaking to ANI, Dikshit had said, "It feels our army chief speaks like a roadside thug. While this is expected from Pakistan who are like the mafia, why does our own chief make such pronouncements?"

Dikhsit's remark came in the backdrop of General Rawat's recent statement, where he said that the Indian Army is well prepared to face external and internal threats of the country.

The Congress party, however, sidelined itself from Dikshit's controversial statement, saying that the party does not support use of such language at all.

"I don't know why he used such language. We have discussed this issue with him, but the party doesn't support this for sure," Congress leader Meem Afzal told ANI. (ANI)