Sachin Stopped Me From Retiring in 2007: Sehwag 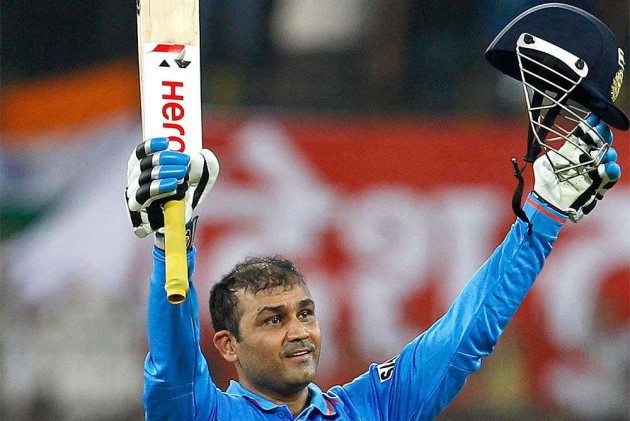 Revealing that he wanted to retire at the top of his game, veteran batsman Virender Sehwag today said that it was iconic cricketer Sachin Tendulkar who stopped him from calling it quits after the swashbuckling opener was dropped from the Indian team in 2007.

Sehwag finally retired on his 37th birthday on October 20, more than two-and-a-half years after his last appearance for the national cricket team.

"Every player wants to retire at the top of his international game. Had I also retired while playing international cricket, I could have given a retirement speech. But fate had something else in store for me," Sehwag told Zee News.

"I was planning to retire in 2007 when dropped from the team but Tendulkar stopped me from doing so," he added.

Sehwag's career ended after he was dropped from the Indian squad following the second Test against Australia in March 2013 and could never find his way back.

The destructive opener rued that the selectors did not give him enough chances and dropped him after a few failures.

"The selectors did not ask me about my future plan before dropping me during Australia series in 2013. Had the selectors told me about their decision, I could have announced my retirement in that series," said the Najafgarh-born player.

Sehwag, however, may get a chance to give a retirement speech at Feroz Shah Kotla with the BCCI mulling to give the senior batsman an official farewell during the fourth and final Test match between India and South Africa, scheduled to be held in the Capital from December 3-7.

The 'Multan of Sultan', who acquired this sobriquet after hitting a triple ton against Pakistan in 2004, admitted that his family was not happy with his retirement.

"My both sons were upset. But it doesn't matter to me," he said.

About his future plans, he said, "I will always be connected with this game. If I get an offer from the BCCI or any commentary offers, I will consider it. My commentary would be straight forward like my batting."

A veteran of 104 Tests and 251 one-dayers, Sehwag, who scored 8586 runs at an average of 47.35 in the longest version and 8273 runs in the 50-over format, will still be seen captaining Haryana in Ranji Trophy and playing the Masters League involving former stars in the US, which is being endorsed by Sachin Tendulkar and Shane Warne.