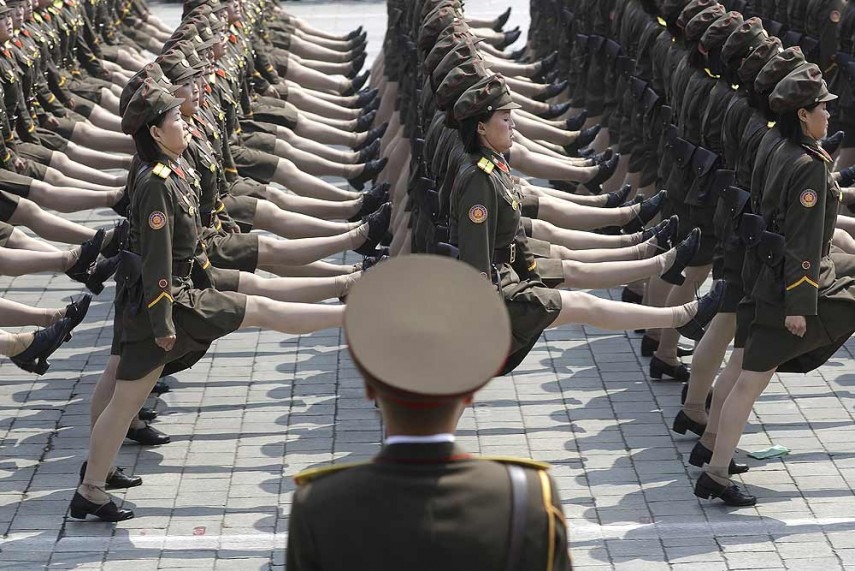 The offer of talks, the first since South Korea elected dovish President Moon Jae-In, came as the Red Cross in Seoul proposed a separate meeting to discuss reunions of families separated by the 1950-53 Korean War.

The South's defence ministry proposed a meeting to be held on Friday at the border truce village of Panmunjom, while the Red Cross offered to hold talks on August 1 at the same venue.

If the government meeting goes ahead, it will mark the first official inter-Korea talks since December 2015. Moon's conservative predecessor, Park Geun-Hye, had refused to engage in substantive dialogue with Pyongyang unless the isolated regime made a tangible commitment to denuclearisation.

"We make the proposal for a meeting... Aimed at stopping all hostile activities that escalate military tension along the land border," the defence ministry said in a statement.

The Red Cross said it hoped for "a positive response" from its counterpart in the North, hoping to hold family reunions in early October. If realised, they would be the first in two years.

Millions of families were separated by the conflict that sealed the division of the two countries. Many died without getting a chance to see or hear from their families on the other side of the heavily-fortified border, across which all civilian communication is banned.

With the passage of time, the number of survivors has diminished, with only around 60,000 left in the South.

Moon, who took power in May, has advocated dialogue with the nuclear-armed North as a means of bringing it to the negotiating table as tensions soar over its weapons ambitions.

But Pyongyang has staged a series of missile launches in violation of UN resolutions, most recently on July 4 when it test-fired its first ICBM, a move which triggered global alarm and a push by President Donald Trump to impose harsher UN sanctions on the country.