Russia Has Not Done Much to De-Escalate Ukrainian Conflict: US

Print
A
A
A
increase text size
Outlook July 16, 2014 12:16 IST Russia Has Not Done Much to De-Escalate Ukrainian Conflict: US

The US has said Russia has not done much to de-escalate the conflict in Ukraine and is discussing further possible steps with its allies if Moscow did not meet their expectations.

"As a general matter, our allies share the view with the United States that Russia has not done as much as we would like to see them do to contribute to a de-escalation of that conflict (in Ukraine)," White House Press Secretary Josh Earnest said yesterday.

However, Earnest didn't provide any clear cut information about the probable 'timing or scope' of sanction that the US wants to impose.

"It wouldn't be particularly strategic for us to announce in advance possible timing or scope of a specific sanctions regime that's being contemplated," he said.

"But suffice it to say that conversations that are actively being held among the United States and our allies about the next step -- and each day that goes by that Russia doesn’t take the kind of very specific steps that I've laid out here many times Russia is at greater risk of facing the kinds of economic costs that have been imposed on them in the past," he added.

The United States has been working in very close coordination with its allies to impose sanctions on Russia for destabilizing actions along its border with Ukraine.

"We have also taken specific steps to isolate Russia, and there are a variety of measures that indicate those steps have had an impact, a negative impact on the Russian economy," he said.

"We have signalled pretty clearly that additional steps may be imposed if Russia doesn't take the kinds of steps that we have asked them to take. Those steps include things like securing the border to ensure that heavy weapons and materiel can't be transferred from the Russian side into the hands of pro-Russian separatists," he said.

America has also asked the Russian President Vladimir Putin to coordinate with the Organization for Security and Co-operation in Europe (OSCE) in terms of a border-monitoring mechanism.

"We've also asked the Russians to support a road map for talks under the OSCE-mediated contact group. And we've asked President Putin to use the influence that he has with Russian separatists to encourage them to lay down their weapons and abide by a cease-fire agreement, and allow this contact group to negotiate the kind of settlement that would deescalate the conflict that we've seen in that country," he added.

"What we are primarily concerned about is the long-term impact that all of this is having on Ukraine, that ultimately we would like Ukraine to be a stable, peaceful, democratic country. And the more that Russia plays a destabilizing influence on Ukraine, it makes it harder for them to be secure both politically and economically," he said. 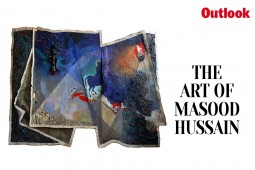