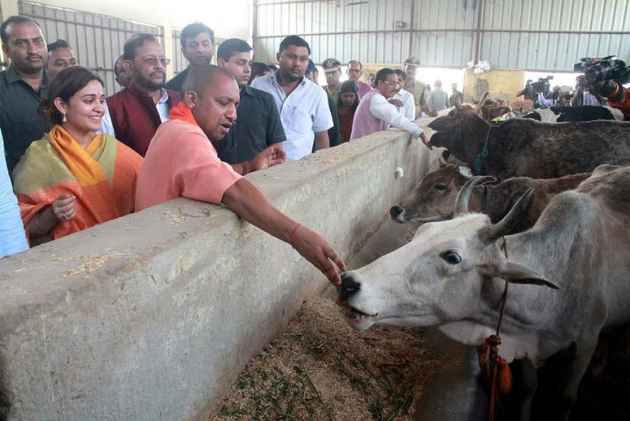 Nearly 86 per cent of the grant sanctioned by the SP government for organisations working for cow welfare in Uttar Pradesh went to an NGO run by the then chief minister Akhilesh Yadav's sister-in-law Aparna Yadav, an RTI reply has revealed.

Aparna is the wife of Prateek Yadav, the step-brother of Akhilesh Yadav. Her NGO runs a gaushala at Amausi in Lucknow district.

The Aayog comes under the state Animal Husbandry department and gives funds to guashalas (cowsheds) and organisations working for the welfare of cows.

In the financial year 2015-16, Jeev Ashray got Rs 2.58 crore, while Sripad Baba Goshala in Vrindavan got Rs 41 lakh, the RTI reply stated.

However, during 2017-18, till now, Rs 1.05 crore has been given to various gaushalas. But Jeev Ashraya was not one of the recipients. Dayodaya Goshala in Lalitpur got the highest amount, Rs 63 lakh, it said.

Nutan Thakur is the wife of IPS officer Amitabh Thakur who had running feud with the Samajwadi Party's first family.

Aparna Yadav was not immediately available for comments.