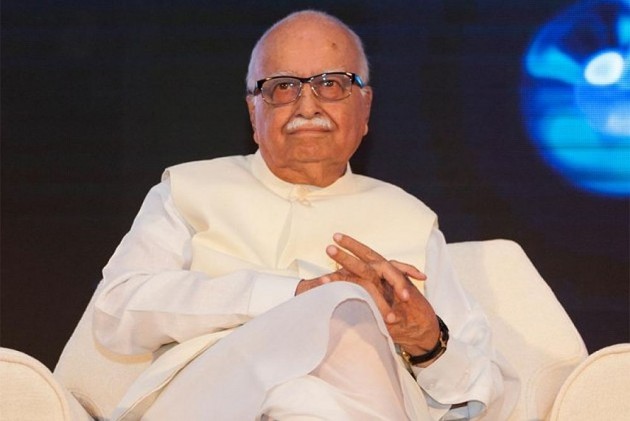 Heaping praise on the organisation of 'Prajapita Brahma Kumaris' for placing women in lead positions in its hierarchy, Advani said that he wants people and also the RSS, with which he has been associated with for long, to emulate it.

"I have not seen any other organisation like this which is mainly led by women. It is really amazing. I have been associated with one organisation for years and respect it. I humbly tell anyone who meets me to learn from them.

"It is quite difficult and not very easy. The organisation I was referring to is Rashtriya Swayamsevak Sangh where mainly boys join during their childhood. Females also have a small representation," the 89-year-old leader said.

He was speaking at the 48th ascension anniversary of spiritual leader Pitashri Brahma, the founder of Prajapita Brahma Kumaris Ishwariya Vishwa Vidyalaya.

In his address, he also lamented that Karachi, the capital of the Pakistani province, where he was born in a Sindhi family was not a part of India anymore and went on to add that India appears "incomplete" without Sindh in its territory.

"At times I feel sad that Karachi and Sindh are not parts of India anymore. I was very active in RSS during my childhood days in Sindh. It is matter of dismay. I believe that India appears incomplete without Sindh," he said.