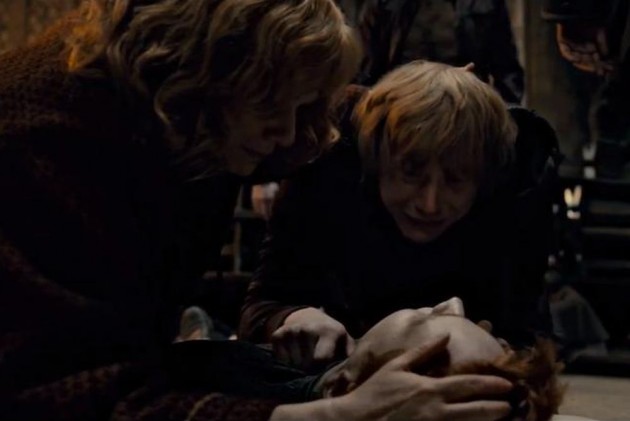 Print
A
A
A
increase text size
Outlook May 04, 2015 12:11 IST Rowling Apologises for Killing Fred Weasley in 'Harry Potter'

Author JK Rowling has apologised for killing off Harry Potter character Fred Weasley in the the seventh and final novel of the book series Deathly Hallows.

Rowling, 49, Twitter on May 2, which marked the 17th anniversary of the Battle of Hogwarts, to deliver a heartfelt apology to Harry Potter fans, reported Ace Showbiz.

"Today I would just like to say: I'm really sorry about Fred."

When a fan named Brieuc Toudic asked her, "What about Tonks, Lupin ?" She replied, "I thought I might apologise for one death per anniversary. Fred was the worst for me, so I started with him."

Rowling is currently working on the script for Harry Potter spin-off Fantastic Beasts and Where to Find Them which is scheduled to be released in the US on November 18, 2016.