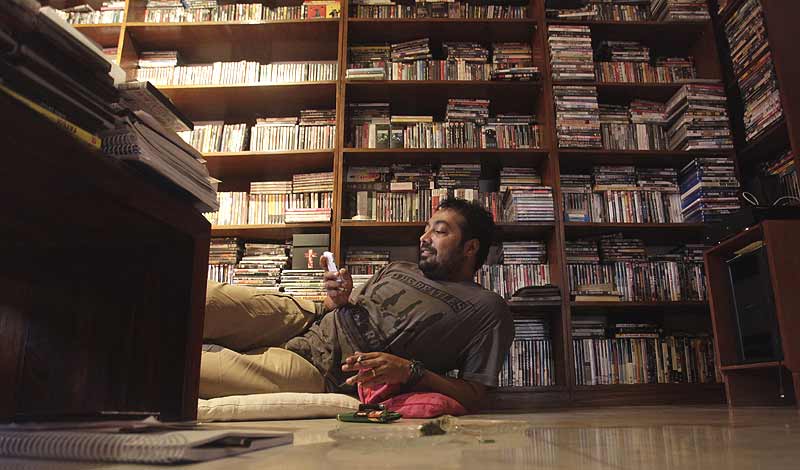 The row over drug-themed Bollywood film "Udta Punjab" slated for release on June 17 escalated today with co-producer Anurag Kashyap hitting out at Censor Board chief Pahlaj Nihalani, calling him "oligarch" and "dictator" and that it was like living in North Korea.

The Shahid Kapoor, Alia Bhatt, Kareena Kapoor Khan and Diljit Dosanjh starrer movie that delves into how the youth in Punjab have succumbed to drugs, also unleashed political sparring, prompting Kashyap to ask parties to stay away from the censorship row. Punjab goes to polls next year.

The makers of the film are said to have been asked by the Revising Committee of the Censor Board to remove all references to Punjab and to make 89 cuts. Kashyap, however, said they are waiting for an "official letter" from the Board in this regard.

Kashyap got the support of several filmmakers including Karan Johar, Mahesh Bhatt, Ram Gopal Varma and Mukesh Bhatt. "It is a dark day for freedom of expression and creativity in the country," Mukesh Bhatt said, calling Nihalani a "stooge" of the government.

The "Bombay Velvet" director took to Twitter to vent his ire at the Censor Board and said there is no sense of freedom.

"I always wondered what it felt like to live in North Korea... Ab to plane pakadney ki bhi zaroorat nahin...," he posted on Twitter.

"I request Congress, AAP and other political parties to stay out of my battle. It's my Rights vs the Censorship. I speak only on my behalf."

The "Gangs of Wasseypur" helmer, who often faces the burnt of censorship, says his fight is not against the Censor Board.

"It's my fight Vs a dictatorial man sitting there operating like an oligarch in his constituency of censor board, that's my North Korea," he said.

"Rest of you go pick your own fights. I will fight mine. So please don't colour my fight with any political affiliation because there is none." The movie is produced by Kashyap's Phantom Films and Ekta Kapoor-led Balaji Films.

AAP and Congress accused Punjab's ruling SAD-BJP alliance of exercising its influence to "censor" the movie, a charge denied by the state government.

Punjab Tourism and Cultural Affairs Minister Sohan Singh Thandal said, "any movie or film which is not in the interest of state and which tries to defame Punjab should always be opposed."

Punjab BJP Chief and Union Minister Vijay Sampla hailed the move of the Censor Board and any attempt to defame Punjab, which is a foodbowl of the country, should be dealt with sternly.

Attempts to reach Nihalani over phone were met without success.

When contacted, I&B ministry officials said the CBFC is independent when it comes to certification of films.

The ministry is, however, re-looking at the entire process of certification of films in the light of the Shyam Benegal committee report which had given its suggestions recently, they added.

Vani Tripathi, a member of the Censor Board, said Kashyap can approach the Film Appellate Tribunal to redress his grievances over any censorship issue.

But Kashyap said nothing can be done till a formal communication is received from the Censor Board on any changes that needed to be incorporated.

He also said it is absolutely impossible to remove any references to Punjab in the film, saying it is a true reflection of the situation prevailing in the state.

Sources in the CBFC said the Revising Committee of which its chairperson Pahlaj Nihalani was a part had viewed the movie but did not disclose the decision of the panel.

"The movie was reviewed by the Revising Committee recently," a source said but emphasised that "no show cause notice has been given to the filmmakers."

"Udta Punjab" lead actor Shahid actor also reacted on Twitter and thanked everyone for their support.