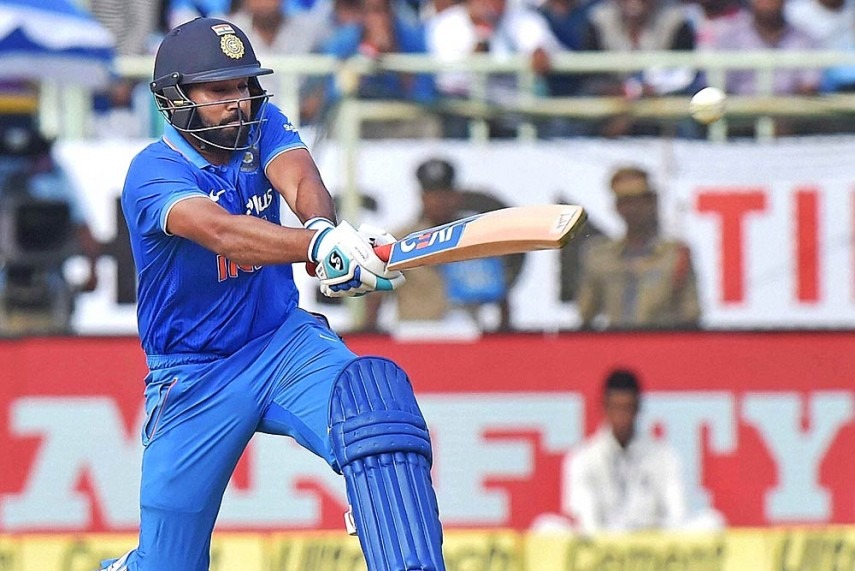 Print
A
A
A
increase text size
Outlook May 08, 2017 13:36 IST Rohit Returns, Pant, Raina on Standby As India Announces Its Champions Trophy Squad

Defending champions India today opted for the tried and tested in their Champions Trophy cricket squad with a fit-again Rohit Sharma returning to the side while Manish Pandey beat young chinaman Kuldeep Yadav as the 15th member.

Rohit, who has recovered from a thigh injury, made a comeback as selectors gave due weightage to his round the year performance.

Overall, the selection panel, headed by MSK Prasad, kept faith in the squad which defeated England in a home series earlier this year.

India will play their opening match of the Champions Trophy, to be held in England, against arch-rivals Pakistan on June 4. The event itself will get underway on June 1.

Pandey has made it as an extra batsman in the squad to be led by Virat Kohli. Prasad said the selectors seriously considered Kuldeep Yadav too before he was put on the standby list.

"We definitely considered the name of Kuldeep. He would have been a surprise package but whether we would have played with two spinners is a question. Since Yuvraj (Singh) and Kedar (Jadhav) can bowl spin, he narrowly missed out," Prasad explained after the selection committee meeting here.

Some of the other names that were discussed seriously were keeper-batsmen Rishabh Pant, Dinesh Karthik, Shardul Thakur and Suresh Raina. Along with Kuldeep, these four are also on the standby list.

Prasad made it clear that even though IPL is a premier domestic tournament, the performance of players in the event can't be the sole criteria for selecting a squad for a 50-over tournament.

"We respect IPL but in the longer format, we have to also consider the English conditions that we are playing in. Not just IPL but one needs to take into account the performance of last one year also in such a big tournament," Prasad said.

With no surprises in the team, Prasad said it was an easy team to pick as it has shaped up well in the last four months.

"May be one place here and there. But this is the best side."

Veteran opener Gautam Gambhir, who has been performing well in the IPL, was not even discussed.

"As of now, we have picked Shikhar Dhawan and Rohit Sharma as openers and Ajinkya Rahane is the back-up opener," Prasad replied when asked about Gambhir.

Premier off-spinner Ravichandran Ashwin, who has skipped the IPL owing to a sports hernia injury, has been included in the squad.

Explaining the decision, Prasad said Ashwin's injury was not that serious and he merely required some rest.

"The injury was not serious. The franchise was magnanimous enough to listen to our request to rest him. Rest is what Ashwin required as the last game that India played, he was there. That shows he is fit and not like others who are getting rehabilitated after surgery," Prasad said.

Asked if Virat Kohli or Ravindra Jadeja needed some rest from the IPL, Prasad responded in the negative.

"Virat didn't play the last Test and also the first few matches in IPL. The more he plays, it is better for him. We have also given Jadeja a break. (But) considering how fit he is, it wasn't a problem," he said.