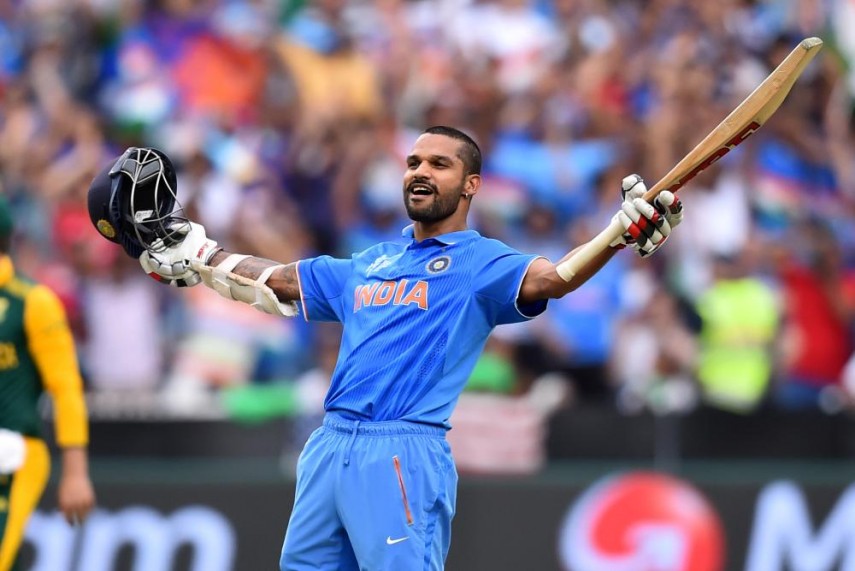 Under-performing batsmen Rohit Sharma and Shikhar Dhawan retained their place in India's 15-member cricket squad for the three-Test home series against New Zealand as the selectors today kept faith in the side that beat West Indies recently.

All-rounder Stuart Binny and pacer Shardul Thakur were overlooked from the squad which was pruned to 15 from the 17 that defeated West Indies 2-0 last month in an away series. The Test rubber against New Zealand starts September 22 in Kanpur.

"We have stuck to the combination which has done very well. We were of the opinion that this was the best possible combination for New Zealand," chief selector Sandeep Patil told reporters after chairing the final meeting of the current selection committee.

Defending the selection of Rohit, whose Test record is well below par after 18 games, Patil said the Mumbai batsman has not been given a consistent run in the longest form of the game.

Rohit's form was expected to be a major talking point today given that in the series against West Indies, he mustered only 9 and 41 from two innings in the third Test at Gros Islet, the only time he got a chance to play in the series.

He also did not do well in the first innings of the ongoing Duleep Trophy final in Greater Noida after being specifically included in one of the teams -- India Blue -- following his return from the West Indies and the USA.

"Rohit is a fabulous player, with immense talent. He hasn't got a long run in Test cricket as he has been picked for one Test and then dropped. The selection committee, along with captain (Virat Kohli) and coach (Anil Kumble) said they will give ample opportunities to anyone who is picked," Patil said.

"We have tremendous faith in all 15 but we are not focusing only on 15. There are others too as bench strength," added the former Mumbai and India batsman.

The squad for New Zealand features three openers and asked who would be the preferred among M Vijay, Dhawan and K L Rahul, Patil said it was upto the team management to decide on the playing 11.

"The playing eleven will be decided by captain and coach depending on the conditions. We want him (Dhawan) to come good, not only Shikhar but all the 15 we have selected," he said.

He also sounded pleased with the progress of Karnataka youngster Rahul.

"We are happy with the way KL Rahul has fitted into the seniors team," he said.

Senior opener Gautam Gambhir was notably ignored by the selectors despite four back-to-back half centuries in the ongoing Duleep Trophy. Instead, the committee persisted with Shikhar Dhawan, whose place in the side has been questioned along with Rohit.

"It's not that we didn't discuss other names, including Gautam Gambhir and other seniors, but we stuck to the combination which did well abroad. We were all of the opinion that the best team should play."

"We want him (Dhawan) to come good, not only him, we want all 15 to perform. We have faith in all 15," was Patil's response when asked why Dhawan was retained.

The squad to be led by Virat Kohli has six specialist batsmen with Wriddhiman Saha as the wicketkeeper. The opening slot would be taken by Dhawan and Murali Vijay, while the middle order features Kohli, Ajinkya Rahane, K L Rahul, and Cheteshwar Pujara along with Rohit.

Ravindra Jadeja is the lone all-rounder in the squad. In the bowling department, Mohammed Shami and Ishant Sharma will spearhead the pace attack, while Amit Mishra and R Ashwin held on to the two slots for spinners.