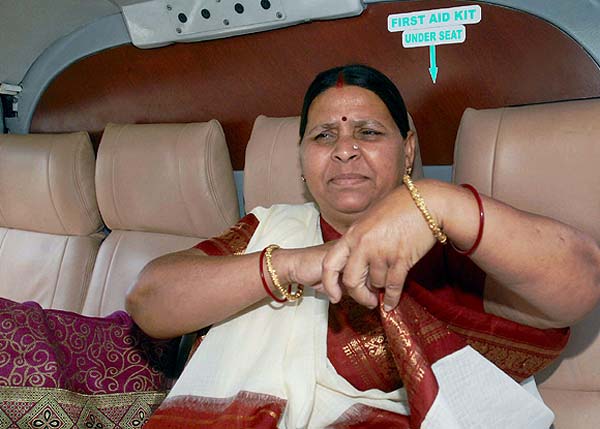 outlookindia.com
-0001-11-30T00:00:00+0553
To add to RJD's humiliating defeat in the Bihar assembly elections today, former Bihar chief minister Rabri Devi lost elections for both the Raghopur and Sonepur assembly seats she was contesting for.

Rabri Devi lost Raghopur seat to Satish Kumar of JD(U) by 1300 votes. She had held the seat three times in a row.

She was also defeated by BJP nominee Vinay Kumar Singh by a margin of more than 20,000 votes in Sonepur assembly segment in Saran district.