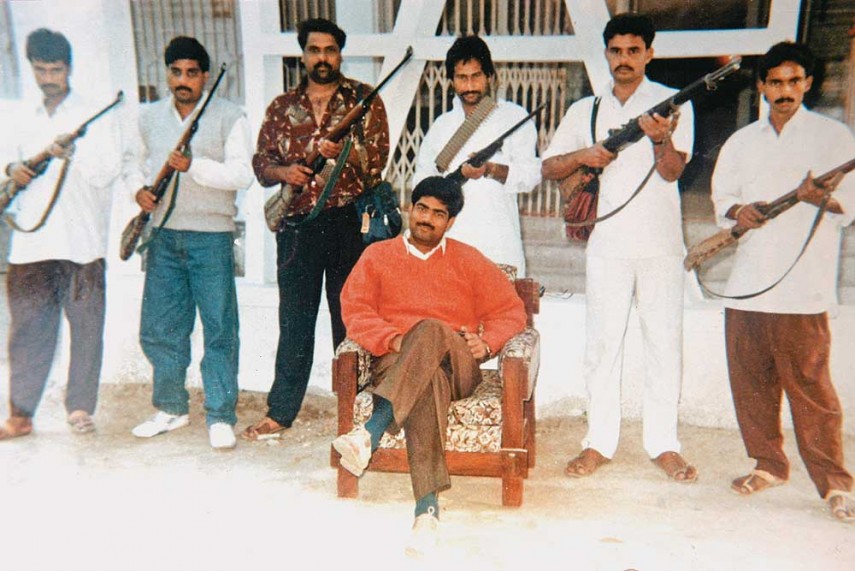 Controversial RJD leader Shahabuddin, brought to Delhi by train early this morning, has been lodged in jail number 2 of Tihar prisons amid foolproof security.

A Bihar Police team brought Shahabuddin from Siwan jail on a Supreme Court order by Sampoorna Kranti Express which reached here around 8 AM.

The team with Shahabuddin reached Tihar jail around 8.30 AM where he was medically examined then shifted him to jail number 2 whose other notable inmates include gangster Chhota Rajan.

"Shahabuddin reached Tihar jail around 8.30 AM and he was medically examined by doctors at the prison hospital before being lodged in the jail number 2 for convicts," Director General of Tihar jail Sudhir Yadav said.

The Supreme Court on February 15 ordered shifting of Mohammad Shahabuddin, now facing trial in 45 criminal cases, from Siwan Jail in Bihar to Tihar Jail here within a week.

The order came on the pleas by Siwan-based Chandrakeshwar Prasad, whose three sons were killed in two separate incidents, and Asha Ranjan, the wife of scribe Rajdeo Ranjan who was murdered in Siwan, seeking shifting of the RJD leader.

In accordance with the Supreme Court direction that no special privilege shall be extended, Shahabuddin was brought to New Delhi from Patna in S2 sleeper coach of the Sampoorna Kranti Express.