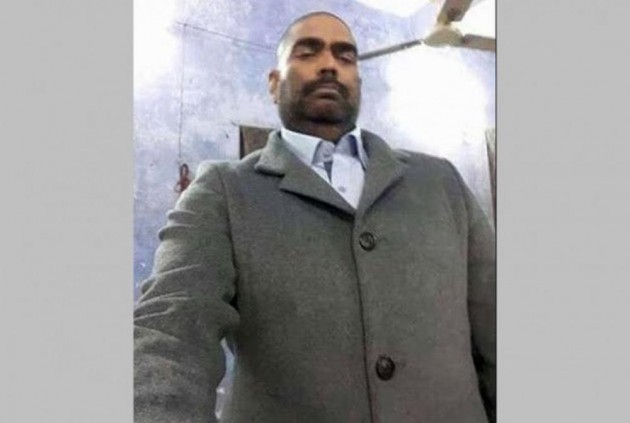 Print
A
A
A
increase text size
Outlook February 18, 2017 14:52 IST RJD Leader Shahabuddin Being Quietly Whisked Away To Tihar Jail After SC Order

Controversial RJD leader Mohammad Shahabuddin reached here today enroute to Delhi where he would be lodged in Tihar jail in accordance with the direction of the Supreme Court.

"In obedience to Apex Court direction, Shahabuddin has been brought to Patna this morning. He has been kept in Beur central jail from where he would be taken to Delhi's Tihar jail," Inspector General (Prisons) Anand Kishore told PTI.

In reply to a query as whether Shahabuddin would be taken to Delhi by flight or Rajdhani express train, Kishore refused to divulge anything on the issue saying that "We are keeping it (the transit plan of Shahabuddin) a secret as we did while bringing him to Patna from Siwan."

"Even in Siwan, nobody knew except Siwan DM, SP, IG (STF) and other two-three officials about Shahabuddin being taken to Patna...We are keeping it secret due to various reasons including operational difficulties and other problems," IG (Prisons) said.

The Apex court had on February 15 last directed the Bihar government to transfer Shahabuddin to Tihar jail within a week to ensure free and fair trial in the cases lodged against him through video conferencing.

The order came on the pleas by Siwan-based Chandrakeshwar Prasad, whose three sons were killed in separate incidents, and Asha Ranjan, wife of scribe Rajdeo Ranjan who was murdered in Siwan, seeking shifting of Shahabuddin, a four time MP and twice an MLA, from Siwan jail.

In the evening Shahabuddin was taken to Delhi by

The former MP was taken in a prisoners' van to Rajendra nagar Terminal from Beur Jail in Patna with security cover.

Shahabuddin was brought out of the prisoners van and taken to a sleeper coach.

In accordance with the Supreme Court direction that no VIP treatment should be given to Shahabuddin while shifting him to Tihar jail from Bihar, the security personnel took him in S-2 Sleeper coach.

Deputy Superintendent of Police, STF Ramakant Prasad supervised the entire arrangement. Some supporters gathered at the Rajendra Nagar terminal and shouted slogan in support of the former MP who were kept at a distance by the security personnel.

Railway sources said that 1-16 number of berths in the S-2 coach have been reserved for Shahabuddin and security personnel escorting him to Tihar.

As 12393 Sampoorna Kranti reached Patna junction, the S-2 coach was shut and local TV reports showed some passengers who had reservation in that coach but asked to shift to contagious S-1 and S-3 coaches with Railway officials promising to accomodate them at a proper place later on.

A passenger A Kumar showing his reservation on berth number 35 of S-2 coach narrated his ordeal to reporters at Patna junction saying he was asked by security personnel to go to S-3 coach.

Some other passengers having reservation in S-2 coach also let out their woes after being instructed to move to other coach.

Sampoorna Kranti which starts from Rajendra Nagar terminal at 17:35 PM stops at Mughalsarai and Kanpur before reaching New Delhi at 07:50 AM in the morning.

Continue FREE with Ads Pay Rs. 1 to Read Without Ads
READ MORE IN:
Mohammad Shahabuddin National
Next Story : India's Only Live Volcano In Andaman Shows Activity For The First Time Since 1991
Download the Outlook ​Magazines App. Six magazines, wherever you go! Play Store and App Store