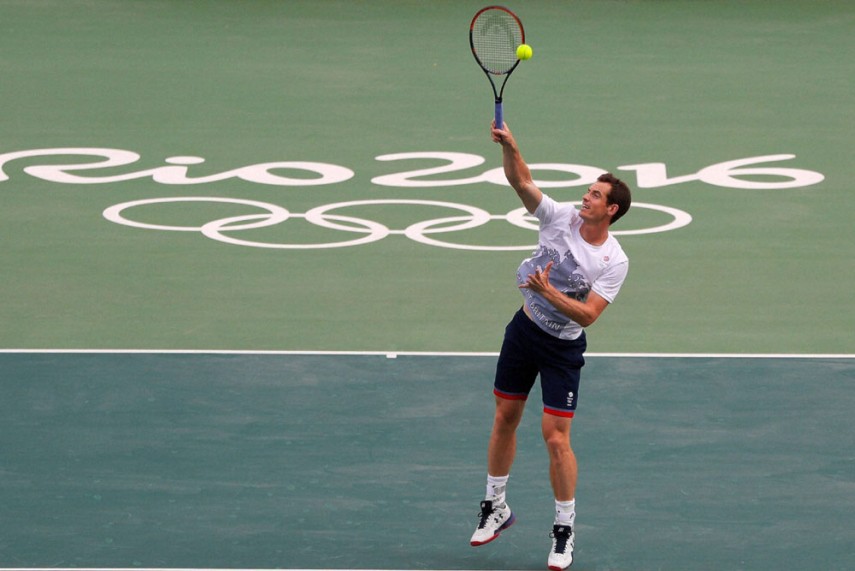 No one in the history of Olympic tennis has ever won two gold medals in singles. Andy Murray and Rafael Nadal are hoping to change that.

Both moved into the third round at the Rio de Janeiro Games on Tuesday. Neither has been tested much, dropping a total of nine games apiece so far.

This is Nadal's first tournament since he pulled out of the French Open in May with an injured tendon sheath in his left wrist, and the No. 3 seed wasn't even sure he would compete until testing his arm once he arrived in Brazil.

Still, everything is going exactly to plan for the owner of 14 Grand Slam championships and the 2008 Beijing Olympic title, who beat Italy's Andreas Seppi 6-3, 6-3.

"Not much pressure for me," Nadal said. "Two months without competing, I don't expect much."

Britain's Murray and Spain's Nadal could only meet in the gold-medal final or bronze-medal match -- and they don't need to worry about dealing with No. 1 Novak Djokovic, a 12-time major champion who lost in the first round to 2009 U.S. Open winner Juan Martin del Potro.

"He can lose sometimes, no?" Nadal said with a chuckle.

"His success is something difficult to repeat and it is normal that in some moments, he loses some matches. But at the same time, he had a very negative draw, against one of the best players of the world."

What's not entirely known about Nadal is just how badly his wrist is still bothering him: He said after his first-round match that it's not fully healed.

"For me, the important thing is to be here," said Nadal, who skipped the 2012 Games because of a knee injury. "That's the reality. Two weeks ago, I didn't know if I could be here."

Looked pretty good, though, against the 71st-ranked Seppi.

"I've seen him play worse," said Seppi, who has won 1 of 9 career matches against Nadal. "It's clear that maybe he's not the Nadal of a few years ago, but it didn't seem to me like he was holding back much.

Nadal is staying busy. He was scheduled to play a men's doubles match later Tuesday and also is entered in mixed doubles with Garbine Muguruza, the French Open champion who was seeded No. 3 in singles and surprisingly lost to Puerto Rico's Monica Puig 6-1, 6-1.

Nadal never has played mixed doubles before. But the Olympics are important to him.

"It's an event they only play once every four years," he said. "That makes the emotions even higher."

In addition to Djokovic's loss, top-five players Roger Federer and Stan Wawrinka stayed away from Rio because of injuries, while Jo-Wilfried Tsonga and David Ferrer have been beaten.

The women are a round ahead, and players reaching the quarterfinals included No. 7 Madison Keys of the United States, No.