"When we are talking of safety of Indians abroad such incidents in our country are very saddening," the minister said 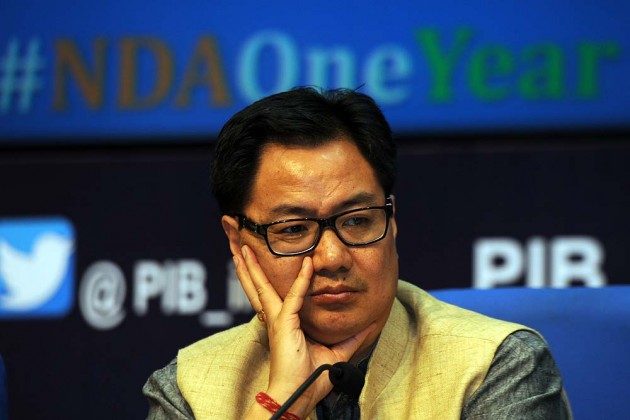 Union minister Kiren Rijiju today described the attack on a student from Arunachal Pradesh in Bengaluru as "saddening" and said the Home Ministry is also pursuing the matter besides the police investigation.

"When we are talking of safety of Indians abroad such incidents in our country are very saddening," Rijiju told reporters here.

The Union Minister of State for Home said police are investigating the case and his office is also pursuing it for action against those guilty in the incident.

Higio Guntey, who hails from Arunachal Pradesh and is a fourth-semester student of Christ University, was allegedly beaten and forced to lick his house owner's shoes for using excessive water in Bengaluru on March 6.

The house owner was identified as Hemanth Kumar and a case was registered against him on March 9 following Guntey's complaint.