"The victims of abuses in Yemen cannot afford to wait longer for credible investigations into ongoing grave violations and abuses to be undertaken," said the letter. 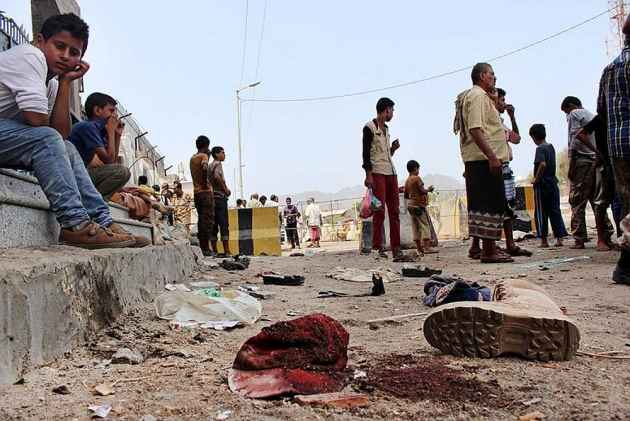 Fifty-seven rights groups from around the world today demanded a UN enquiry into abuses in Yemen, where a proxy war has killed thousands and fuelled a humanitarian crisis.

Yemen, the Arab world's poorest country, has been wracked by violence since Arab Spring protests in 2011 led to war in 2014, when Iran-backed Huthi rebels and their allies seized Sanaa and vast tracts of other territory.

The conflict escalated when a Saudi-led coalition intervened in 2015, exacerbating the crisis that has left millions on the brink of famine and hundreds of thousands suffering from cholera.

In a letter to members of the UN Human Rights Council, the 57 signatories called for the creation of an independent body to look into violations and abuses of international human rights and humanitarian laws.

HRW said in a statement that the Saudi-led coalition had conducted scores of "unlawful air strikes, some of which may amount to war crimes, that have killed thousands of civilians and hit schools, hospitals, markets and homes".

It added that Huthi rebels and forces loyal to former president Ali Abdullah Saleh "have fired weapons indiscriminately... Killing and maiming scores in attacks that may amount to war crimes".

Since 2015, the UN High Commissioner for Human Rights had been calling for investigations into alleged violations and abuses in Yemen, it noted.

"The victims of abuses in Yemen cannot afford to wait longer for credible investigations into ongoing grave violations and abuses to be undertaken," said the letter.

More than 8,300 people have been killed and 44,000 wounded since the Saudi-led coalition intervened in the Yemen war to support the internationally recognised government of President Abedrabbo Mansour Hadi.

Close to 2,000 Yemenis have also died of cholera since April and another 600,000 are expected to contract the infection this year.

The United Nations has called Yemen the "largest humanitarian crisis in the world".