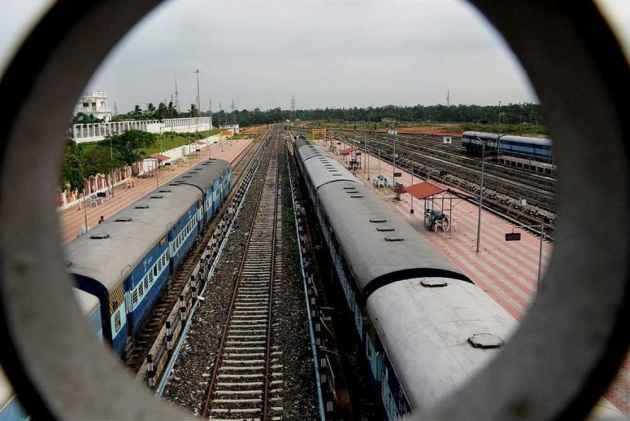 The Railway timetable should be reworked to ensure that workmen get enough time for daily safety checks of rail tracks, a NITI Aayog report has suggested.

The report prepared by NITI Aayog member Bibek Debroy and its OSD Kishore Desai said several high density network (HDN) sections in railway network have capacity utilisation of more than 120 per cent (even up to 150 per cent and beyond for some).

"It is suggested that Ministry of Railways (MoR) considers relooking/redesigning existing Railway timetable. Timetable should be redesigned in a manner that sufficient margin is available for daily safety checks," said the report titled Fund Deployment Framework for Rashtriya Rail Sanraksha Kosh (RRSK).

"However, till the time these projects are commissioned, MoR may consider rationalising trains (by combining few trains; increasing coaches or wagons, rationalising stops) as an alternate approach," the note pointed out.

Elaborating further, the note said: "Derailments accounted for more than 50 per cent of the total consequential accidents while Level Crossing (LC) related accidents (on both manned and unmanned) accounted for about 40 per cent".

On a cumulative basis, the data indicates that human failures contribute to about 87 per cent of all accidents while the rest were due to failure of equipment, technology or other reasons, the report said.