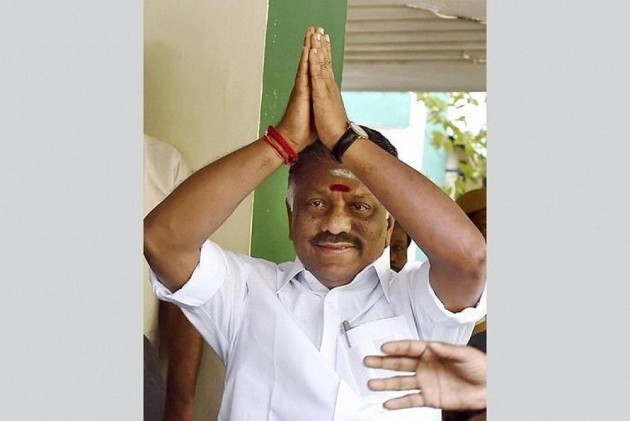 Panneerselvam said he had launched the 'dharma yudh' with the help of his supporters, including MPs and MLAs, in an effort to ensure that the AIADMK did not go into hands of Sasikala's family.

He was reacting to the ministers' decision late last night to keep away Sasikala, Dhinakaran and their families from the AIADMK and the affairs of its government.

"After Amma's (Jayalalithaa) death, the party went into the hands of Sasikala's family and to prevent it we had launched a dharma yudh. And yesterday's (minister's revolt) is the first success in that war," he said.

The former chief minister said this struggle, launched "as per the wishes and aspirations of people and party cadre," will continue.

Panneerselvam had revolted against AIADMK chief Sasikala on February 7 last alleging he was forced to step down for her elevation as Chief Minister.

She had been elected AIADMK Legislature party leader on February 5 for this purpose, but her conviction by Supreme Court in the disproportionate assets case dashed hopes of becoming the Chief Minister.

To a question on the possible merger of his faction with that of Chief Minister K Palaniswami, he said talks will be held and conclusions arrived at "as per the desire of people."