Restrictions in Parts of Srinagar After Pulwama Encounter 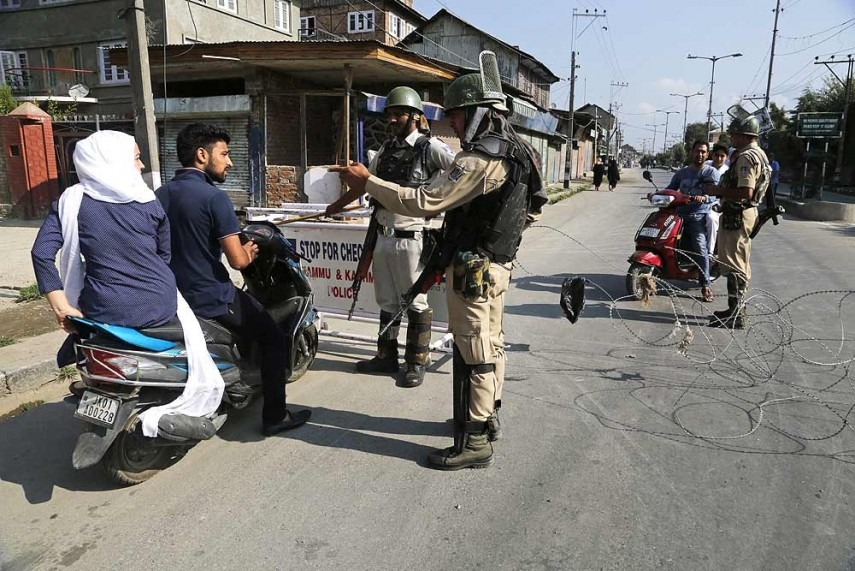 Print
A
A
A
increase text size
Outlook August 02, 2017 12:25 IST Restrictions in Parts of Srinagar After Pulwama Encounter

Authorities today imposed restrictions in parts of Srinagar in view of a separatist strike against the killing of a civilian, caught in the crossfire between security forces and militants in Pulwama, police said.

Both factions of the Hurriyat Conference, led by Syed Ali Geelani and Mirwaiz Umar Farooq, and JKLF chief Mohammad Yasin Malik have asked people to observe a shutdown against the killing of Firdous Ahmad yesterday.

He was killed near the encounter site, where two LeT militants, including the outfit’s commander Abu Dujana, were gunned down.

Curbs were imposed as a precautionary measure to maintain law and order following the incident, a police official said.

The strike affected normal life across Kashmir with most shops, fuel stations and other business establishments remaining closed.

Public transport was off the roads at most places though private cars and auto-rickshaws were plying, the official said.

The government has ordered closure of all educational institutions in the valley today to avoid escalation of street protests.

Mobile internet services have also been suspended across the valley.

While there were no restrictions anywhere else in the valley, security forces have been deployed in strength at sensitive places to maintain law and order.

"The deployment on the ground in south Kashmir has also been strengthened to avoid any untoward incident," the official said.

Continue FREE with Ads Pay Rs. 1 to Read Without Ads
READ MORE IN:
National
Next Story : SC Agrees to Hear Congress Plea Against Use of NOTA in RS Polls
Download the Outlook ​Magazines App. Six magazines, wherever you go! Play Store and App Store