Restrictions Imposed In Parts Of Srinagar Ahead Of Separatists' Rally 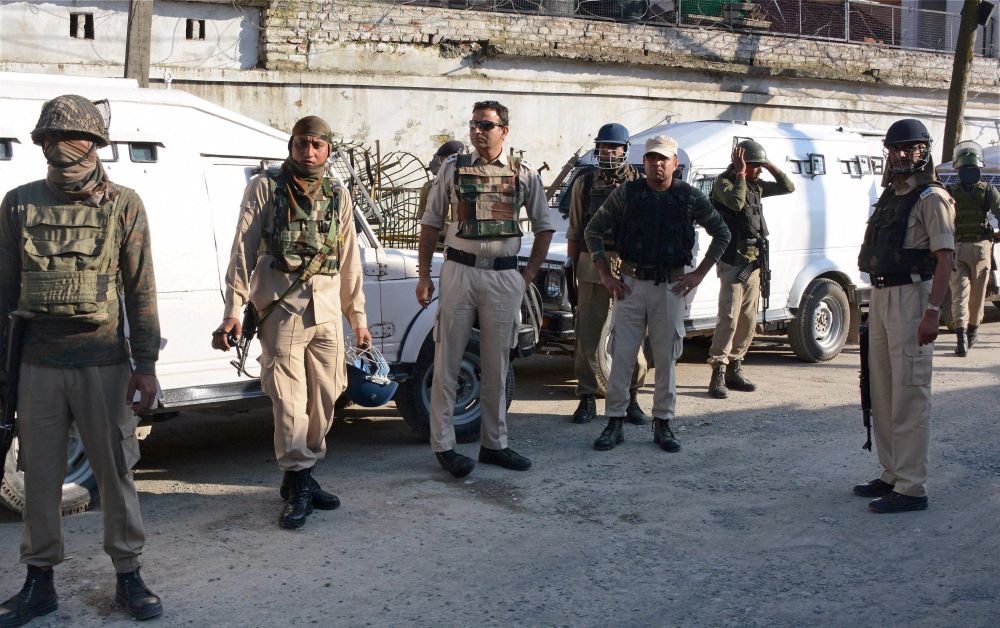 Print
A
A
A
increase text size
Outlook May 21, 2017 12:27 IST Restrictions Imposed In Parts Of Srinagar Ahead Of Separatists' Rally

Authorities on Sunday imposed restrictions in parts of Srinagar ahead of a rally by the separatists.

The restrictions have been imposed in five police station areas of the city as a precautionary measure to prevent any untoward incident, district magistrate (deputy commissioner), Srinagar, Farooq Ahmad Lone, said.

The separatists have called for a march to Eidgah to commemorate the death anniversary of Mirwaiz Mohammad Farooq, father of moderate Hurriyat Conference chairman Mirwaiz Umar Farooq, and another Hurriyat leader Abdul Gani Lone.

Farooq was shot dead by militants on May 21, 1990, and Lone was killed by ultras during a commemoration rally for the former on the same day in 2002.

The curbs have been imposed in Nowhatta, MR Gunj, Rainawari, Khanyar and Safakadal – all in the interior areas of the city, he said.

On Saturday, the authorities had imposed restrictions in three police station areas in the old city - Nowhatta, MR Gunj and Safakadal.

Meanwhile, life was affected elsewhere in the Valley due to a strike called by the separatists.

Most of the shops, business establishments and petrol pumps were shut in Srinagar, while public transport was off the roads, the officials said.

They said private cars, cabs and auto-rickshaws were seen plying.

Reports of shutdown were also received from other districts of the Valley, they said.

However, there was no effect of the strike on the weekly flea market here as many vendors had set up their stalls on the TRC Chowk-Lal Chowk axis.

Continue FREE with Ads Pay Rs. 1 to Read Without Ads
READ MORE IN:
Mirwaiz Umer Farooq Syed Ali Shah Geelani National
Next Story : 'Muslim B***h': 16-Year-Old Teen Spat On In The US By Classmate Who Tries To Pull Off Her Hijab
Download the Outlook ​Magazines App. Six magazines, wherever you go! Play Store and App Store