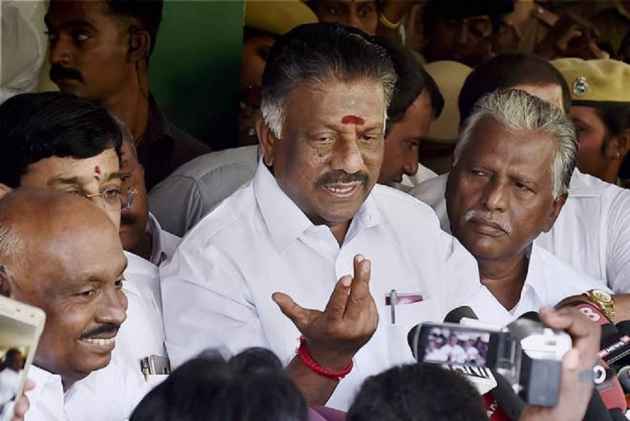 The O Panneerselvam camp today approached the Election Commission urging it to restrain the V K Sasikala faction from using the AIADMK office.

The counsel for the Panneerselvam camp also submitted fresh documents to the poll panel against the elevation of Sasikala as the interim general secretary of the party, an EC official said.

Besides urging the EC to restrain the Sasikala faction from using the party office, the Panneerselvam camp said that till the time the case is settled between the two camps over the control of the party, AIADMK mouthpiece 'Dr Namadhu MGR' should not remain under the control of Sasikala.

The EC had on March 23 issued an interim order freezing the 'two leaves' election symbol of AIADMK, saying the rival camps cannot use the party symbol as well as its name for the prestigious R K Nagar assembly bypoll.

The bypoll has since been cancelled following allegations that money was used to buy votes. A fresh date is yet to be announced.

Last month, the poll watchdog had extended its order of freezing the name and symbol of the party till the case is settled.

Continue FREE with Ads Pay Rs. 1 to Read Without Ads
READ MORE IN:
Sasikala Natarajan O. Panneerselvam (OPS) National
Next Story : 'He Has No Future In Politics': Subramanian Swamy On Rajinikanth
Download the Outlook ​Magazines App. Six magazines, wherever you go! Play Store and App Store