Rescued by Mother Teresa as a Boy, NRI Returns to Kolkata to Pay Homage 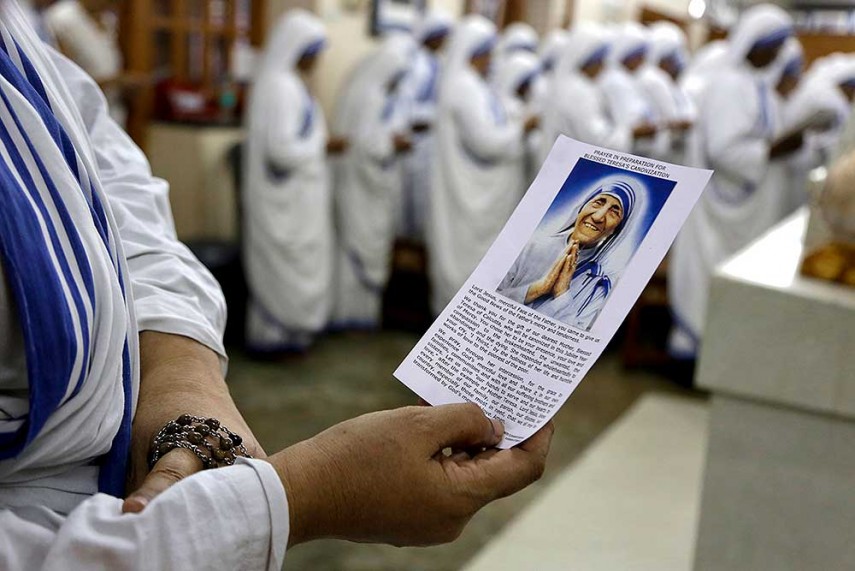 Print
A
A
A
increase text size
Outlook August 24, 2016 13:36 IST Rescued by Mother Teresa as a Boy, NRI Returns to Kolkata to Pay Homage

A young polio-afflicted child who was abandoned by his parents in Kolkata but rescued by Mother Teresa, has now returned here from London as an NRI to retrace his roots and pay homage to the late nun who will be declared saint next month.

Still dependent on crutches from his childhood battle with polio, 39-year-old Gautam Lewis, who was adopted by a British nuclear physicist from the Missionaries of Charity here, is now not only a commercial pilot himself but also runs a training school for disabled pilots in London.

He has skipped an invitation from the Vatican to attend the sainthood ceremony of the late Mother on September 4 and instead decided to have film shows and photo exhibitions in the city where he was born and where the Mother worked all her life.

At the the Mother Teresa International Film Festival (MTIFF) beginning here this Friday, a 55-minute-long documentary film 'Mother Teresa & Me' made by Lewis will be screened at the Nandan multiplex.

"The film is to celebrate the life of that lady whom I call my second mother as she and her nuns had rescued me," he told PTI, adding that he moved around the city and outskirts to retrace his roots.

He went back to the Rehabilitation Centre for Children, where he was admitted for two years for polio after being rescued by Mother Teresa and her nuns in neighbouring suburban Howrah at the age of three.

He remembers how he used to go to the church every Sunday with the Mother till he moved abroad following adoption.

Lewis, who has in the past also managed the work of a number of music bands, is also coming up with a photo exhibition called 'Memories of Mother Teresa'.

The emotionally evocative photographs marking Mother Teresa's canonisation showcase the life and work of the nun who worked for over 40 years for the poorest of the poor.

The exhibition depicts Teresa's work with the dying and the destitute, and with homeless children including portraits of abandoned children living in the care of the Missionary of Charities Kolkata orphanage, a place which Gautam once called his 'home'.

"I couldn't walk like other kids. So all I remember is seeing a kite flying from the window. That gave me the vision to leave and fly," Lewis said.

He had gone to the famous Hill House School in London where the rich and the famous sent their children and later graduated from South Hampton University to pursue a successful career in music.

Lewis, who has also been a UNESCO ambassador for the Global Polio Eradication initiative, now runs Freedom in the Air (FITA) flying school for the disabled in UK.

Continue FREE with Ads Pay Rs. 1 to Read Without Ads
READ MORE IN:
Mother Teresa Society
Next Story : BJP Workers Lathi-Charged by Police in UP
Download the Outlook ​Magazines App. Six magazines, wherever you go! Play Store and App Store