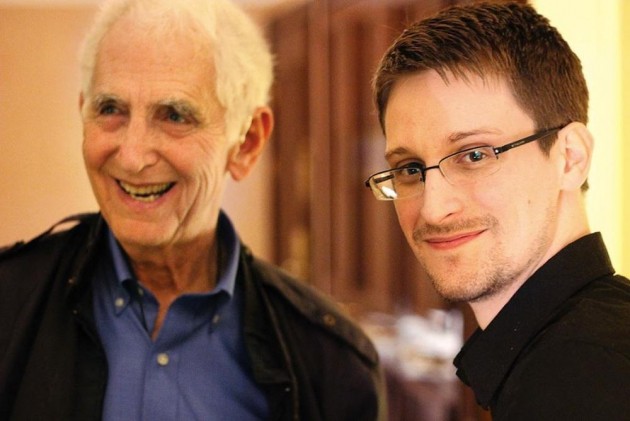 A scathing US Congressional report released today branded intelligence leaker Edward Snowden a "serial exaggerator and fabricator" and said he has had continual contact with Russian intelligence services.

The partially redacted report, released by the House Permanent Select Committee on Intelligence, portrays Snowden as a disgruntled government contractor rather than a legitimate whistleblower.

The former National Security Agency contractor leaked thousands of classified documents to the press in 2013, revealing the vast scope of US surveillance of private data that was put in place after the September 11, 2001 attacks.

According to the report, Snowden swiped about 1.5 million documents and those he leaked to the press were "merely the tip of the iceberg."

"Most of the material he stole had nothing to do with Americans' privacy, and its compromise has been of great value to America's adversaries and those who mean to do America harm," Democratic Congressman Adam Schiff said.

Snowden was quick to disparage the report, taking to Twitter to decry its "obvious falsehoods."

Final note: HPSCI's report admits I purged and abandoned hard drives rather than risk bringing them through Russia. Glad it's settled.

"After three years of investigation and millions of dollars, they can present no evidence of harmful intent, foreign influence, or harm. Wow," he wrote.

Snowden now lives in exile in Russia where he has sought asylum after fleeing his home in Hawaii and a brief stint in Hong Kong.

Should he ever return to the US, he would be tried for espionage and other charges carrying up to 30 years in prison.

"Since Snowden's arrival in Moscow, he has had and continues to have, contact with Russian intelligence services," the report states.

Snowden tweeted that the committee report was slanted and deliberately omitted his criticisms of Russian policy.

"Despite this, they claim without evidence I'm in cahoots with Russian intel. Everyone knows this is false, but let's examine their basis:" he adds, before posting a series of tweets on the matter.

The report also states that a Pentagon review had identified "13 high-risk issues," eight of which relate to specific capabilities that if the Russian or Chinese governments know about could put American troops at greater risk "in any future conflict."

Since September, a campaign calling for a presidential pardon for Snowden has won support from figures such as financier George Soros and Twitter CEO Jack Dorsey.

The campaign says Snowden should be welcomed home "as a hero" for actions that benefited the public because they reined in US surveillance programs and led to improved privacy protection laws.

Snowden's lawyers are trying to win him clemency before US President Barack Obama leaves office in January or a plea bargain that would shield him from spending a lot of time in jail.