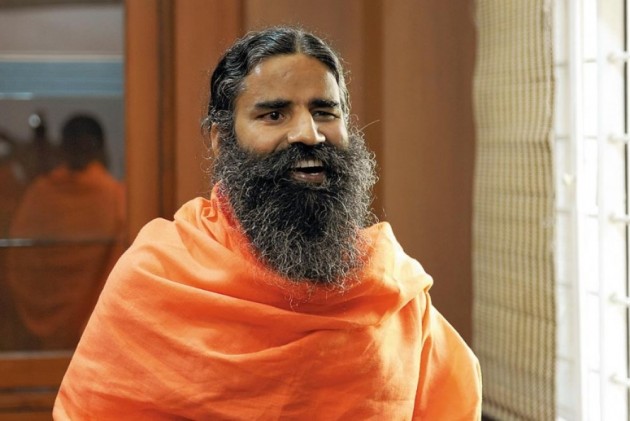 Yoga guru Ramdev has landed in a controversy in Nepal after a media report claimed that Patanjali Ayurved group invested more than Rs 150 crore in the country without official approval.

The Foreign Investment and Technology Transfer Act requires any foreign investor to get permission from the Investment Board Nepal or the Department of Industries before investing in Nepal.

Meanwhile, Ramdev has denied the allegations in a statement released on Monday, saying his company has not flouted any local law while conducting activities in Nepal.

The statement, signed by Ramdev, said the proposed investment from Patanjali Ayurved Limited will flow into Nepal only after completing all due legal process.

According to Ramdev, Patanjali Yogapeeth of Nepal has not attracted any sort of investment from India.

"Entire investment in Patanjali Yogapeeth in Nepal has come from Upendra Mahato, a Nepalese businessman and his wife Samata. When we invest in the company in future which we plan to do, we will follow the prevalent laws of Nepal and take approval from the concerned government authorities," reads the statement.

He said that proceeds from that company will not be distributed to the investor but "will be spent on philanthropic activities," according to the statement.

"I have devoted my entire life fighting corruption, black money and financial misappropriation, and I am committed to financial transparency. So, there is no possibility that I would be involved in any kind of illegal investment in Nepal," Ramdev said.

Speaking at a press meet on November 23, Ramdev had announced that he has invested Rs 150 crores in Ayurvedic factory in Nepal and is planning to further invest Rs 500 crore in the future.

He had also announced to invest billions of rupees in Nepal to create 20,000 jobs in the country as by launching a new venture to produce organic medicine and other items.