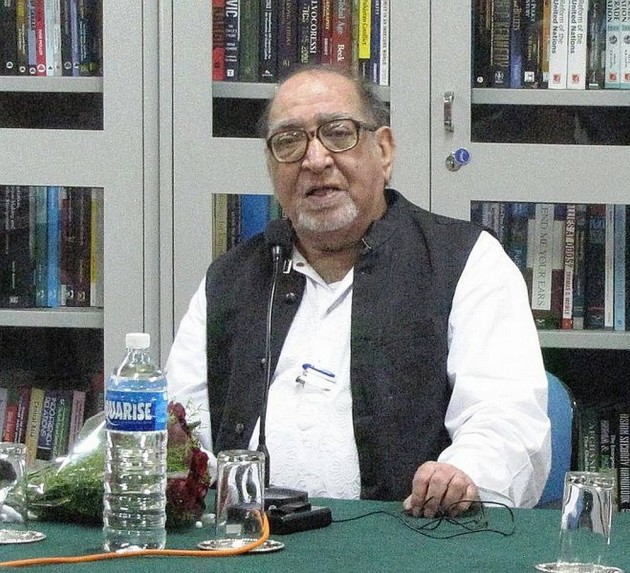 This file is licensed under the Creative Commons Attribution-Share Alike 3.0 Unported license.

He is survived by a son and a daughter.

Born in 1940, he did BSc in civil engineering from Vikram University. From 1980, he edited a journal 'The Islamic Perspective' and during the 1980s he published a string of books on Islam and communal violence in India, the latter based on his field investigations in post-independence India.

In 1990, he received the Dalmia Award for communal harmony and was the recipient of three honorary doctorate degrees.

The destruction of the Babri Mosque in 1992 provided the impetus for the foundation by Engineer in 1993 of the Centre for Study of Society and Secularism (CSSS), of which he was the Chairman and which was the organisational focus of his work since then.

He published 52 books, many papers and articles, including those for scholarly journals. He edited the 'Indian Journal of Secularism', and a monthly paper, Islam and Modern Age. He also published Secular Perspective every fortnight.

Engineer was a Bohra Muslim, and an important component of his work was to promote a better understanding of Islam and to critique some of its manifestations from the inside (for example, Rethinking Issues in Islam in 1998).

His progressive interpretation of the scriptures often brought him into a conflict with the orthodox clergy.

After 2001, some of Engineer's work addressed the issues of globalisation, Islam and terrorism, but most of his workremained focused on the communal situation in India and, to a lesser extent, its relations with Pakistan.