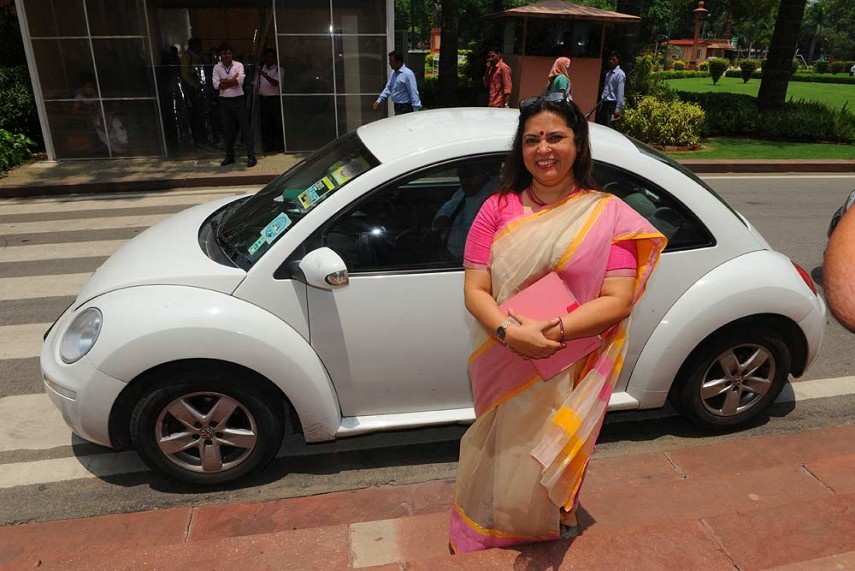 BJP MP Meenkashi Lekhi has proposed to New Delhi Municipal Council (NDMC) to rename Race Course Road, on which the Prime Minister's official residence is located, as Ekatma Marg based on the philosophy of her party's ideologue Deendayal Upadhyay.

She said that the existing name, Race Course Road, "does not match with Indian culture".

Upadhyay is remembered by his followers for his concept of 'antyodaya' (serving the last man in the queue) and 'ekatma' (integral humanism).

Lekhi, who is a member of NDMC, said in her proposal to the civic body that as the residence of the Prime Minister is situated on Race Course Road, the new name –- Ekatma Marg -– would remind every PM about the last person of the society.

"The nation is celebrating the birth centenary of Pandit Deendayal Upadhyay this year. To take the philosophy of 'Ekatma' to the mind of the public at large, and as the name of the road, viz 'Race Course Road', on which residence of Prime Minister of India is situated does not match with Indian culture...

"(Lekhi) has, therefore, requested to rename Race Course Road under the NDMC area as Ekatma Marg so that this name would remind every Prime Minister about the last person of the society throughout life," stated an agenda of the Council Meeting of NDMC which is likely to take a decision in this regard tomorrow.

Lekh, who is an MP from New Delhi, also cited the past cases of renaming of roads which fall under NDMC in her proposal submitted to the civic body on September 9.

Top BJP leaders have often lamented that Upadhyay, whose death during a train journey in 1968 is shrouded in mystery, did not get the due recognition among the political stalwarts of modern India.

In August last year, Aurangzeb Road in Lutyens' Delhi had been renamed as Dr A P J Abdul Kalam Road in honour of the late President. NDMC had taken the decision after East Delhi BJP MP Maheish Girri proposed the move to "correct the mistakes made in our history".