All India Muslim Personal Law Board member Maulana Kalbe Jawwad and Naib Shahi Imam Yahya Bukhari, brother of Shahi Imam of Delhi's Jama Masjid, today asked Muslims to boycott both the BJP and the Congress in the Lok Sabha elections and vote for secular candidates.

Addressing a joint press conference under the aegis of Majlis-e-Ulema-e-Hind, Jawwad, also its general secretary, said there were many parties have who have harmed Muslims though they put on the mask of being their friends, and it is time that their masks should be removed. Some others like the BJP have openly harmed the interests of Muslims.

"Congress has been uprooting Muslims continuously for the past 65 years. They are the enemy of minorities, and they had a role in demolition of the Babri mosque. They have ended the Muslim character of Aligarh Muslim University and all the riots have taken place under Congress governments," Jawwad, a noted Shia scholar, said.

Accusing Congress of treating Muslims as "servants", he said, "We appeal to Muslims to vote for secular candidates and boycott Congress."

Calling upon Muslims to unite against the Congress, Maulana Bukhari said he also boycotts the support extended by Shahi Imam of Delhi's Jama Masjid, his elder brother in favour of Congress and said "he would expose in three days the details of the pact between them (the Congress and the Shahi Imam)".

He termed as an eyewash Rahul Gandhi's visit to Muzaffarnagar after the riots and said "he did not ensure any help from the centre."

Holding the Congress "equally responsible" with Samajwadi Party for the riots, Bukhari said "they had their government at the centre and had they wanted, they could have checked it."

He further added that there were certain things in Congress' manifesto which were against Islam. 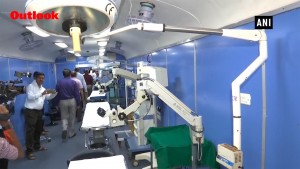