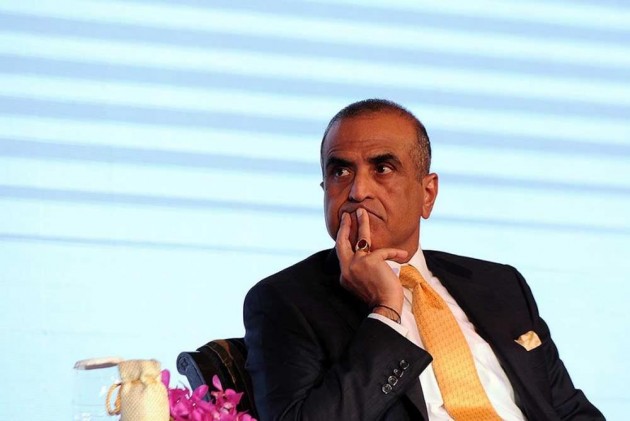 India's largest mobile operator Bharti Airtel has said the new tariff announced by Reliance Jio is very aggressive and unsustainable, and the industry will respond to it with more competitive plans and additional data offerings.

Airtel had yesterday waived roaming charges to compete with free voice calls and roaming offered by Jio. The Mukesh Ambani-controlled company has not only promised to match the best mobile data usage plan in the market but add 20 per cent more data to it.

"Tariffs that they (Jio) have announced are still very aggressive, which means you got to respond. You got to do more packages... You have to throw in more data. All those things need to be done," Bharti Airtel Chairman Sunil Mittal told reporters here.

Jio, which has spent USD 25 billion on its 4G wireless data network, will terminate free data plans from April 1 but has offered customers the option of signing up for a Jio Prime membership for Rs 99 to continue using unlimited services for a year by paying Rs 303 every month.

In a free-wheeling chat on the sidelines of the Mobile World Congress, Mittal, who is also the Chairman of global industry body GSMA, strongly advocated consolidation for the Indian telecom industry to "get the economic case back", pitched for affordability in spectrum pricing that has gone "out of control" in the last few years, and said the spectrum surplus industry will not need an airwave auction, at least in 2017-18.

The Indian telecom czar said Bharti Airtel's balance sheet remains "healthy and strong", and that he does not think Bharti will go into losses under competitive pressure although one can "never say never".

Mittal categorically ruled out an exit from Africa operations, but said Bharti will explore merger and consolidation in certain African markets where it is not amongst the top two players.

Admitting that Jio's decision to start charging customers from April 1 was "good news" for operators, he said it however, would not signal the end to tariff war.

"First of all, good news is that eventually they have announced that they will charge from April 1. But yes, still to our mind, it is the pricing which is unsustainable. 1GB a day (of data) for that price is pretty low. It is better than zero (free services)," he said.

Bharti Airtel had reported over 54 per cent fall in net profit to Rs 503.7 crore for October-December quarter of 2016 due to what it had at the time termed "turbulence" from "predatory pricing by a new operator".

Asked how long will his company continue to feel the impact of Jio on its earnings, Mittal said that overall, he expected that by March 2018, the "dust will settle down" for the entire industry. "I would say watch out for March'18... That will be the milestone. March'18 is when this industry dust will settle down. It takes about a year. They (Jio) are going to charge from April 1, so by March of 2018... You will start to see a new order emerging out of this industry," Mittal said.

On whether he feared that Bharti Airtel too – like Idea Cellular in Q3 – could potentially be staring at the first-ever net loss or flat profits in Q4, he said, "I don't think we will go into losses, but who knows, you can never say never".

"These are functions… but we have tanked up a lot of spectrum, we have obviously to pay interest on that but we still have close to 5 billion dollars in EBITDA and we generate over a billion dollar in free cash flow. While the return on capital has become a dismal single digit, I think Airtel’s balance sheet remains healthy and strong," he said.

He said that even Idea Cellular's net loss should not be seen as a big worry as it still had a positive free cash flow.

"I won't worry too much...Even in the case of Idea's net loss, because they still have a positive free cash flow… You have to decipher and disaggregate industry’s financial, there is large amount of spectrum purchases which have been paid for or will be paid over a period of time. There is an associated interest on it, and a 5-year depreciation of spectrum -- the two line items are a new load on the industry.

"Idea was a victim of that also… The other is the capex because you are suddenly accelerating your capex investment. We have put in 85,000 sites last year. I think by the next month, it will be another 85,000. That means a lot of depreciation gets accumulated and that is a non cash item on P&L but it is depreciation. So, if you look at all this, you could be in negative territory. Many operators go into the negative territory, but you have to see the free cash flow," he said.

Stating that the 25 per cent market share that belonged to smaller players is "evaporating" in the wake of industry consolidation, he said, "You will have, to my mind, 85 per cent if not 90 per cent, between the three (large) operators".

Given that data consumption is going up and the pool is likely to be divided among 3-4 players, Mittal said that the economics will start to work well as the revenue per customer will rise on the back of Internet of Things and telecom users getting hooked to entertainment on mobile in a big way.