References to Nehru in School Textbook Omitted in Rajasthan 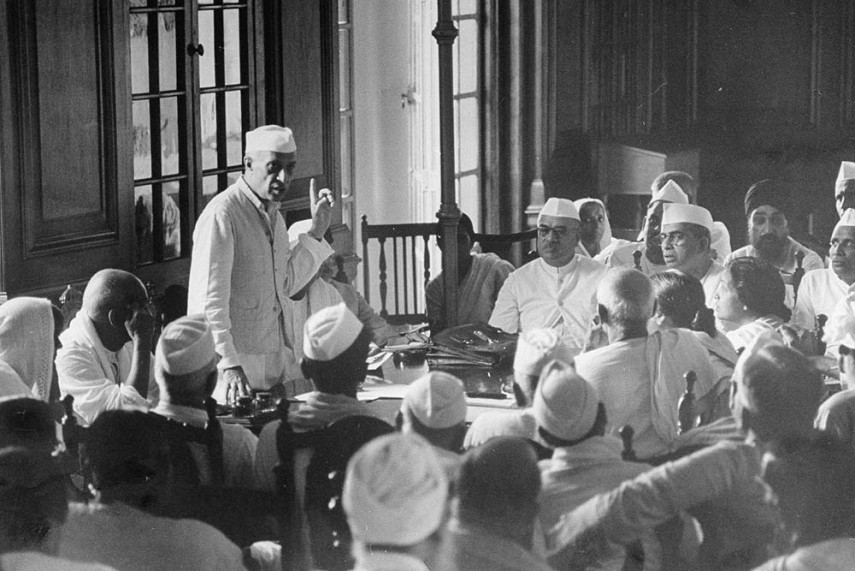 Print
A
A
A
increase text size
Outlook May 08, 2016 16:25 IST References to Nehru in School Textbook Omitted in Rajasthan

Students of class VIII in Rajasthan's schools will no longer study the contributions of Jawaharlal Nehru to the freedom struggle or post-independence India after references to the first prime minister was dropped from a text book, leaving the Congress fuming and threatening agitation.

The references to Nehru have been removed from two chapters in the revised social science textbook which will be introduced from this academic session in schools affiliated to Rajasthan Board of Secondary Education.

Though the book is not available in the market yet, the information has been uploaded on the website of the Rajasthan State Textbook Board, which publishes the book for the state education board.

The "deliberate" omission has angered the Congress, which said the RSS-BJP combine can "tweak text books but cannot rewrite" history. Rajasthan Congress chief Sachin Pilot said his party would launch an agitation, not only in Rajasthan but across the country over the issue that reflected ""the petty mindedness and narrow mindset of the RSS-BJP."

The book has references to Mahatma Gandhi, Veer Sawarkar, Bhagat Singh, Bal Gangadhar Tilak, Subhas Chandra Bose and has included the name of a leader of the freedom movement Hemu Kalani but there is no mention of Nehru either in the chapter on Freedom Movement or that on India After Independence.

The earlier edition of the book titled 'Social Science for Class VIII' also had a table on 'Major Leaders of National Movement' that featured the names and briefs on contribution of Dadabhai Naoroji, Bal Gangadhar Tilak, Mahatma Gandhi, Nehru and Subhas Chandra Bose.

In that box, the reference to Nehru said: "After becoming a barrister, he joined the national movement. He later became the President of Congress, leader of the Interim Government and the first Prime Minister of Independent India."

That particular box, besides other references to Nehru in the book, is also not there in the new edition of the book.

A revision of several textbooks has been carried out under curriculum restructuring by the Udaipur-based State Institute of Education Research and Training (SIERT).

"It is a well thought out strategy, a clear agenda of the RSS-BJP to erase the contributions of Nehru and such tall leaders. It is their deliberate attempt to distort text books so that the young minds get a different taste of history which is not true," Sachin Pilot said.

"The RSS-BJP can tweak text books but cannot rewrite history and sideline the contributions of stalwarts like Nehru," Pilot told

In this context, Pilot also referred to the Africa-India summit in the national capital a few months ago and said while the NDA government "did not mention the name of Nehru, several African leaders did as they are well aware of the immense contributions of Nehru, Indira Gandhi and others towards India-Africa relations."

Leader of Opposition in the state assembly Rameshwar Dudi said,"The BJP government in Rajasthan is carrying out its agenda and touching a new low by omitting references to the freedom fighter and the first prime minister of India who had made great contribution to the freedom struggle and laying the foundation of independent India," he said.