Ready to Talk to Kejriwal, He Is Not an Enemy: Anna Hazare 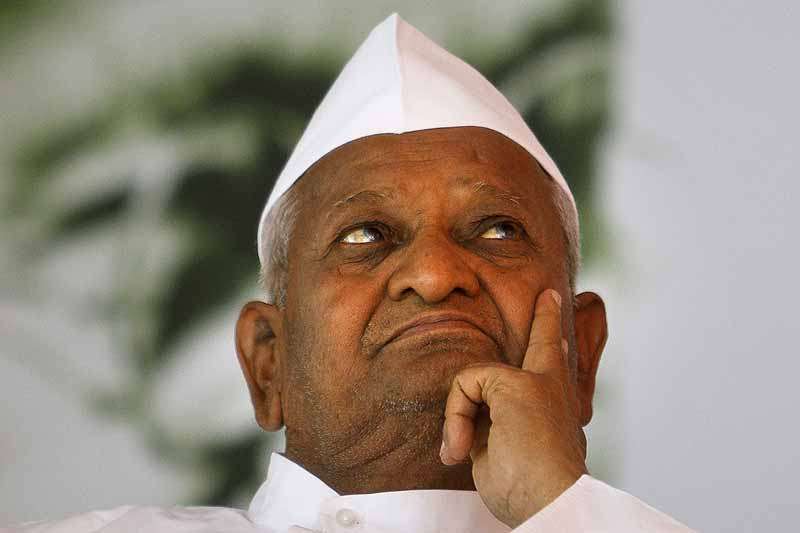 Activist Anna Hazare today sought answers from Arvind Kejriwal over "misuse" of his name in AAP's election campaign, even as party leaders alleged that "vested interest" were misinforming Hazare on the issue.

A day after Kejriwal demanded an open probe into Hazare's allegation of Aam Admi Party spending funds collected during Janlokpal movement saying that the Gandhian had written to him on the issue, Hazare said he was mainly concerned about "misuse" of his name in the poll campaign and maintained the two are "not enemies".

"We are not enemies of each other. Even today I am happy that he is a man of character. The issue is not of funds. Some delegations told me that SIM cards were issued in my name during the India Against Corruption (IAC) movement, the sale of which led to collection of funds."

"I have no connection in this regard but if somebody files a case then I may be made an accused. This is what I am worried about that without having any connection to it, my name could be dragged," Hazare told reporters in his village Ralengan Siddhi in Maharashtra.

He had written a letter to Kejriwal saying he had received reports about use of his name in election campaign, use of fund collected during the anti-graft movement and on implementation of Janlokpal Bill on December 29 after convening an open session at Ramlila Maidan

"They say that they will pass Anna Hazare's Janlokpal bill in Ramlila Maidan on December 29. Here again they are using my name and I did not understand that how are they claiming to pass a bill in assembly which can be passed only in parliament," Hazare said.

"I wrote this letter just to seek clarification on these two issues as I felt my name was being misused. I have no interest in the money, just my name should not be misused," he added.

Amid signs of increasing friction between the two, Kejriwal today alleged that Hazare aides were not allowing him to talk to his 'guru' despite his several attempts. His allegation came even as Hazare said that he was ready to talk to Kejriwal.

"I had tried to speak to him several times, but nowadays some intermediaries are not letting me talk to Anna. I had always been speaking to him," Kejriwal said.

Kejriwal, who was once Hazare's closest associate, yesterday denied that donations to Hazare's campaign were being spent by his AAP on its election campaign and said "if any irregularity was found he would not contest the elections to be held on December 4".

AAP leader Kumar Vishwas, who returned from Ralegan Siddi today after handing over Kejriwal's reply to Hazare, alleged that the Gandhian was being "misinformed" by someone from Delhi on his name being used by Kejriwal.

Vishwas said Hazare was shown posters having his picture and those of Kejriwal and party candidates, which neither the party nor anyone conencted with it have published as per Hazare's instruction.

"Some people with vested interest were misinforming him, due to which he had written the letter and sought clarification from Arvind," he said.

He also said when Hazare was told that he was not being allowed to speak to Kejriwal, he expressed surprise and said he was alway available on phone.