RBI Says Impact Of Demonetisation On GDP Over, Warns Of Possible Spike In Inflation 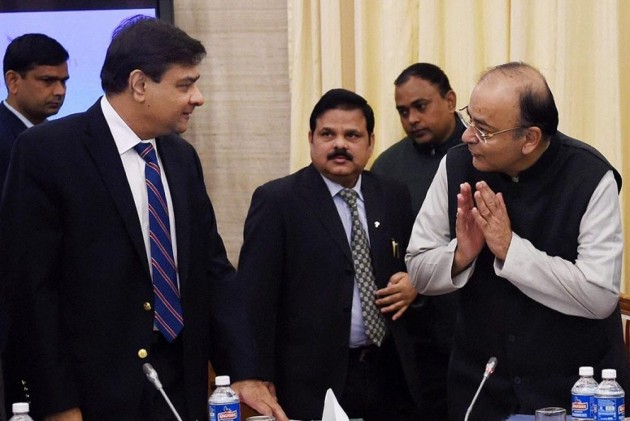 Print
A
A
A
increase text size
Outlook March 11, 2017 12:05 IST RBI Says Impact Of Demonetisation On GDP Over, Warns Of Possible Spike In Inflation

Post-demonetisation, the RBI today warned of a possible spike in inflation and stressed the need to make digital payments "safe and secure", even as it felt that the adverse and transient impact on the economy has "by and large" dissipated already.

In a preliminary assessment report on 'Macroeconomic Impact of Demonetisation', an RBI paper said Rs 1000/500 notes valued at Rs 15.6 trillion were demonetised, but the precise estimate of currency that returned to the banking system is not yet available as the reconciliation process is still on.

"Hence, the adverse wealth effect on account of SBNs (specified bank notes of Rs 1000/500) not returning to the banking system could be assessed only after the reconciliation exercise is complete," it said, while adding that the total net currency in circulation has gone up by about Rs 2.6 lakh crore between December-end and early March.

The RBI also said that the surplus liquidity with banks may decline going forward as the remonetisation process moves further which may also lead to some fall in bank deposits.

The RBI, which said the paper has been prepared by the staff of Monetary Policy Department (MPD) with contributions from other departments and should not necessarily be interpreted as its official views, said the wealth effect is another channel through which demonetisation could have impacted the economic activity.

The report also said the overall business climate should improve with the medium-term positive effects of demonetisation starting to gain traction.

"... Going forward, unfavourable base effects in February could push inflation up. The base effect remains neutral in March 2017. There is a considerable uncertainty as to how vegetables prices will pan out over the coming months," the Reserve Bank said.

It also said the demonetisation led to a sharp immediate pick up in digital payments, but the pace of growth moderated somewhat in February 2017.

"While it is important that efforts be made for increasing acceptance of digital payments, it is equally vital to ensure that digital payments are safe and secure," it said.

There is a need to constantly review and ramp up security features of digital payments to maintain and enhance trust of its users, especially, given the low levels of literacy in India, the assessment report said.

On the overall economy, the RBI said the assessment is that the impact of demonetisation on the real economy has been transient, given the information available so far.

"The analysis in this paper suggests that demonetisation impacted various sectors of the economy; however, the adverse impact, in general, was short-lived as it was felt mainly in November and December 2016.

"The impact moderated significantly in January and dissipated by and large by mid-February 2017, reflecting an accelerated pace of remonetisation." MORE The paper put up by the RBI said that the 240 bps decline

in food inflation during November 2016 to January 2017 was the combined effect of record pulses production, large winter arrivals of vegetables and some fire sales due to decline in demand following cash squeeze.

It further said large surplus liquidity post demonetisation led to a significant improvement in monetary policy transmission as reflected in a significant decline in deposit and lending interest rates.

The sharp increase in low cost CASA deposits by banks is expected to have increased banks' net interest income.

"However, this will need to be adjusted against the cost of managing the process of demonetisation," the paper said.

It said that as regards other segments of the financial sector, some NBFCs, especially MFIs, were adversely affected, in terms of disbursals and collection of repayments.

Demonetisation and the concomitant cash shortage impacted India's external sector only moderately, but which was already facing a challenging external environment due to slowdown in global trade amidst rising support for protectionism in the US. Gold imports, which rose sharply in November 2016, moderated thereafter.

More importantly, demonetisation is expected to have a positive impact over the medium to long-term. In particular, there is expected to be greater formalisation of the economy with increased use of digital payments, it said.

"The reduced use of cash will also lead to greater intermediation by the formal financial sector of the economy, which should, inter alia, help improve monetary transmission," it said. (Reopens DEL85)

"Most of these sectors have more than recovered the lost ground subsequently. In fact, the consumer durable sector outperformed the overall increase in the stock market post-demonetisation. The impact on the forex market was transitory," it said.

As per the paper, demonetisation has impacted some segments of the export sector such as ready-made garments, and gems and jewellery. The impact, however, was transitory.

It also said "in the absence of any hard data on the unorganised sector, the assessment was based on the indicator approach used by the CSO".