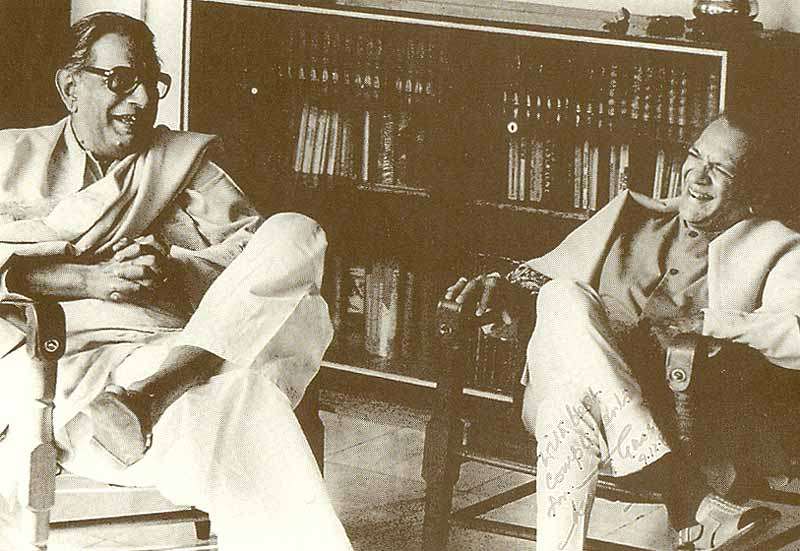 Master director Satyajit Ray wrote a script for a documentary on sitar maestro Pandit Ravi Shankar but failed to make the film for reasons even his son Sandip does not know, says a new book on the subject.

Ravi Shankar: An Unfilmed Visual Script (Harper Collins) is about a documentary film Ray had planned to make, prepared its visual script (storyboard) and even titled it "A Sitar Recital by Ravi Shankar" but could not shoot it. Why? No one knows, not even his family members including filmmaker-son Sandip Ray.

Ray's storyboard on the film on Ravi Shankar, containing more than 100 sketches and technical instructions on camera movements and other things, had been carefully preserved in the archives of the Society for Preservation of Satyajit Ray Archives and the late director’s son says in the preface to the book that "this is the first time a whole storyboard comprising sketches by my father is going to appear in book form".

Ravi Shankar had composed the music for Ray classics such as "Pather Panchali", "Aparajito", "Apur Sansar" and "Paras Pathar".

There is no clarity as to when Ray had sketched the 32-page storyboard for the planned documentary of the sitar maestro, the centre-piece of the book, and why he did not convert it into a film.

According to Sandip Ray, in the preface to the book, Marie Seton, Ray's biographer, says the storyboard was made in 1951, four years before Pather Panchali but "there are film scholars who argue against this date".

Sandip says, however, that "it may not be unreasonable to say that the storyboard was made before the time of Aparajito (1956)" and his argument is that his father "left drawing blocks and used red notebooks for the first time to write the screenplay for his second feature film."

Sandip's preface, eminent film critic Sankarlal Bhattacharjee's erudite and detailed analysis of the storyboard of Ray's planned documentary on Ravi Shankar and excerpts of old interviews of Ray and Ravi Shankar, reproduced in the book under review, reveal to the new generation of film and music lovers the deep admiration and respect the two geniuses had for each other, their close friendship and subtle hints of differences between them.

The book also says how the music of Pather Panchali happened in just one day before Ravi Shankar left on a foreign tour and how the sitar maestro was "inspired" by the rushes of the film he saw in Bhavani cinema hall in Kolkata and what the musical instruments used in the music of the film are.

It also recounts how Ray used the tar shehnai, a music instrument, to telling effect in one of the key sequences of the film when Sarbajaya breaks down after Durga's death.

Satyajit Ray says in his My Years with Apu: A Memoir (reproduced in the book under review) that he was happy with the way things worked out for the sequence except Sarbajaya's "grief-stricken outburst. It didn't sound right."

"Then I saw it without sound and found that visually it was perfect and therefore decided to substitute the lamentation with a high controlled instrument like the tar shehnai, which would be suggestive of grief". The tar shehnai for the scene was played by one of its best exponents D M Tagore, according to Satyajit Ray.

Another interesting anecdote Ray mentions in his memoir speaks volumes of the director's ability to bring out the hidden talent of a person.

Time constraints prevented Ravi Shankar from composing the music of "one of the more important scenes" of Pather Panchali when the sweetmeat seller goes around the village selling sweets. Ray found rhythm in the walking of the seller and wanted music for it and the music was given by, of all people, his cameraman Subrata Mitra who the director says "was also an excellent sitar player".