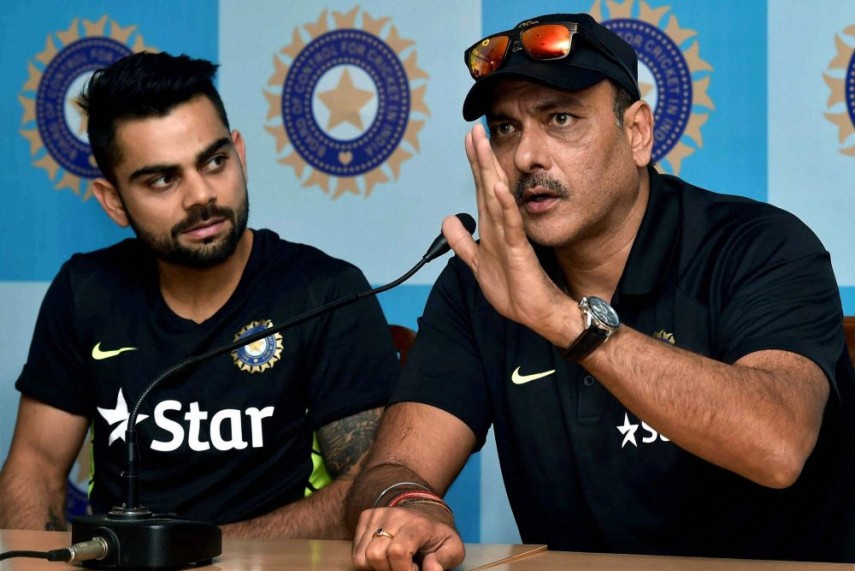 Incidentally, the chairman of ICC Cricket Committee is current Team India coach Anil Kumble, who pipped Shastri to the job after getting nod from high profile Cricket Advisory Committee.

"I have already submitted my resignation. There are personal commitments and I have been there for six years," Shastri told PTI today without further elaborating anything.

The official reason is his busy media commitments as commentator, TV expert and columnist, but there is intense speculation that the former all-rounder may have resigned as he is yet to come to terms with rejection that led to a widely publicised spat with Cricket Advisory Committee member Sourav Ganguly.

"Just like Sourav, Ravi is also an emotional man at one level. He is yet to come to terms with rejection. Since he became a media representative as BCCI nominee, probably, he is not willing to continue in that post. Also with Kumble expressing his opinion to continue as chairman, it might just be uncomfortable for both of them to sit in a meeting," a BCCI source told PTI today.

"Also media representative is more of a decorative post in ICC Cricket Committee."

A few days back when Anil Kumble was named the chief coach, Shastri said that one of the Committee members Ganguly was not present when his interview was being conducted.

Shastri had termed Ganguly's absence "disrespectful" to which the left-hand batsman retorted saying that the Mumbaikar was "living in fool's world".

"If Ravi was so serious about the job, he should have been in Kolkata for interview rather than appearing through Skype while holidaying in Bangkok," Ganguly had said.