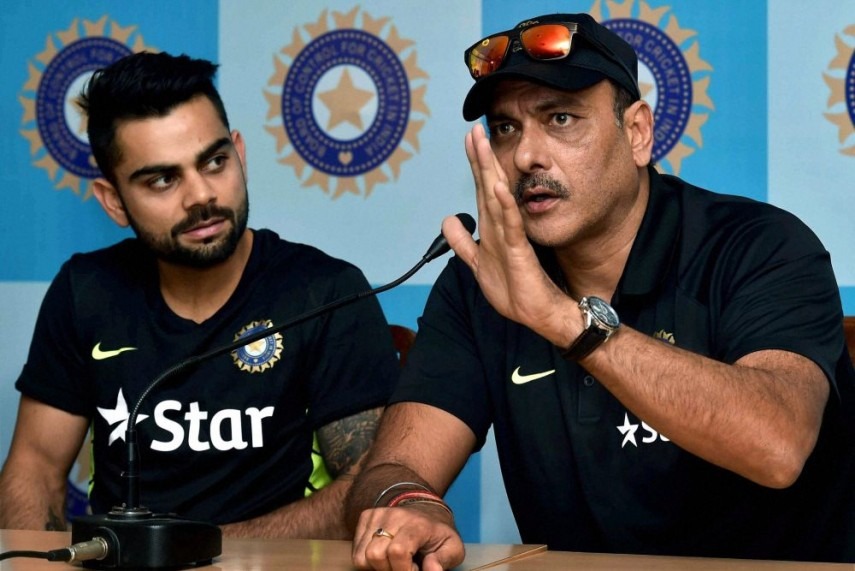 Ravi Shastri has become the frontrunner for the India head coach job after he formally submitted his application to the BCCI.

A senior BCCI official confirmed to PTI that Shastri has submitted his application ahead of the July 9 deadline.

The interviews will be conducted the following day by the Cricket Advisory Committee (CAC) comprising Sourav Ganguly, VVS Laxman and Sachin Tendulkar.

"Yes, Ravi has applied and so has Phil Simmons," the official said.

It has also been learnt that former West Indies all- rounder and coach, who has a vast experience in the role, too has applied for the high-profile job.

The others who have thrown their hat into the ring are Virender Sehwag, Tom Moody, Venkatesh Prasad, Richard Pybus, Dodda Ganesh and Lalchand Rajput.

Shastri, who has served as Indian team director from August 2014 to June 2016, shares a healthy rapport with the players including captain Virat Kohli.

It remains to be seen how the CAC will consider Shastri's case considering Ganguly backed Kumble over the former Indian all-rounder when the coach was picked last year.

Irrespective of who gets the job, it will big shoes to will considering the team did well under Kumble, winning the Test series against the West Indies, Australia, England, New Zealand and Bangladesh before reaching the Champions Trophy final last month.

However, serious differences between captain Kohli and coach led the acrimonious exit of Kumble and Kohli.

During Shastri's tenure, India won limited overs series series away against England in 2014, reached the semi-finals of the World Cup and World T20 (2015 and 2016 respectively), won away Test series against Sri Lanka, home series against South Africa and T20 away series against Australia.

Another contender Simmons, has coached the West Indies, Ireland and also had a stint with Afghanistan.