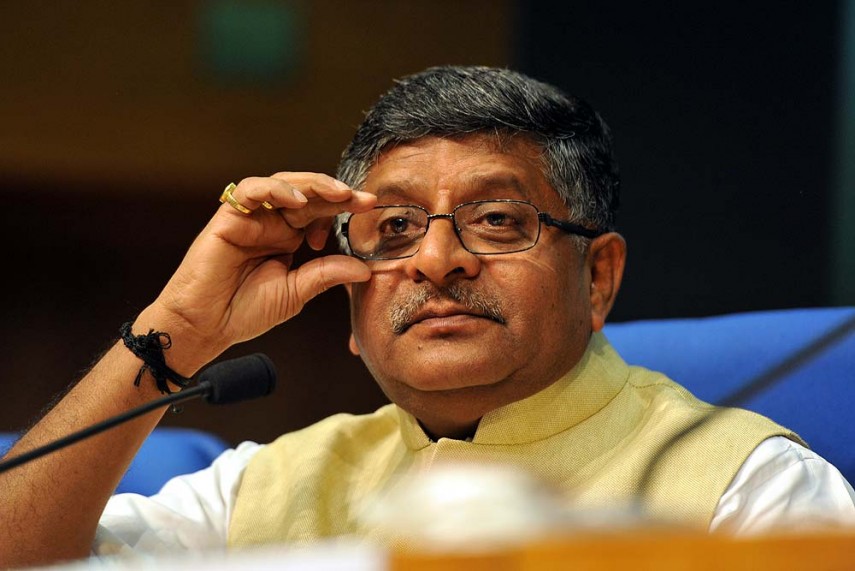 Triple talaq is a "pernicious social practice" that has been "banned or restricted" in many Islamic countries, Union Minister Ravi Shankar Prasad today said and demanded that the Congress, SP and BSP clarify their stand on the issue.

"There has been a lot of controversy over the stand of the BJP and the Narendra Modi government on the triple talaq issue. Let me point out that the debate was not initiated by us.

"A large number of women belonging to the minority community had moved the Supreme Court in protest against the practice. We have supported their cause," he said.

The Union Minister for Law and Justice said that in the affidavit filed on behalf of the Union government, it was underscored that triple talaq was an issue relating to women's right to gender justice, dignity and equality.

"We had also submitted that the right to freedom of religion granted by the Constitution does not mean allowing a pernicious social practice," he said.

"The practice of untouchability is ultra vires the Constitution. A Hindu holding a religious function can not insist on following the inhuman practice in the name of old-age traditions.

"Muslim women feel that they are victims of this retrograde practice and they have the right to remedy," he added.

The Union minister found it strange that there has been a brouhaha in the country over Muslim women's legitimate demand to put an end to "such an evil social practice".

"Do our detractors realise that triple talaq has been banned or restricted in at least 20 Islamic countries, including the extremely conservative ones like Pakistan and Afghanistan," he asked.

"At a time when assembly elections are underway in UP, which has a large Muslim population, we would demand that leaders like Rahul Gandhi, Akhilesh Yadav and Mayawati come clean on the issue. They must tell the people what stand do the Congress, SP and BSP have over this matter," the senior BJP leader said.

Continue FREE with Ads Pay Rs. 1 to Read Without Ads
READ MORE IN:
Ravi Shankar Prasad National
Next Story : UP Polls: Over 55 Per Cent Turnout Till 4 PM
Download the Outlook ​Magazines App. Six magazines, wherever you go! Play Store and App Store