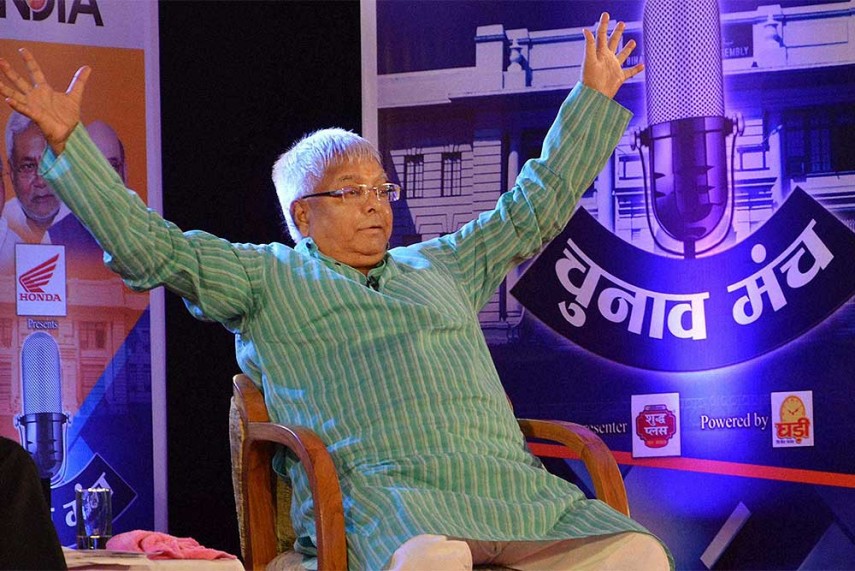 Bihar Governor Ramnath Kovind also called up Prasad to wish him on his birthday, he said.

The duo are known in political circle as "Bade Bhai" (Lalu) and "Chotte Bhai" (Kumar).

Earlier, Prasad had cut a cake weighing 69 kg, which is equal to his birthday number, flanked by wife Rabri Devi and two sons Tejaswi Yadav and Tej Pratap Yadav.

Speaking on the occasion, the CM told reporters that "life of Lalu Prasad has been full of struggle. Reaching to this height in politics from a humble background he comes from is inspiring."

"I pray that Lalujee reaches further height in politics," Kumar said on his birthday.

Prasad extended greetings to citizens of the state on the occasion.

"I want Bihar to reach new heights under grand secular alliance government. This is my birthday wish," Prasad told reporters.

Youth wing of RJD presented a garland to him weighing 69 kg equaling his age.

Doors of the residence have been kept open for people who are thronging in large numbers.

Cultural programmes have been lined up in the evening on the occasion.