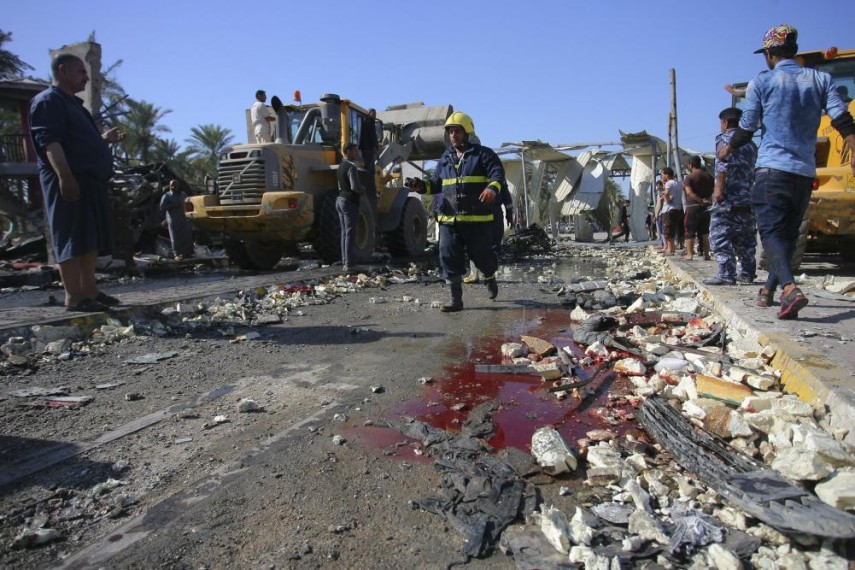 The attack in Ain al-Tamer involved six suicide bombers, some of whom may have been killed by security forces before they could blow themselves up.

But they clashed with security forces before withdrawing to the Al-Jihad area and detonating explosives there, Tamimi said, putting the death toll at eight, a figure confirmed by a doctor.

The interior ministry issued a statement on the attack, saying that five of the bombers were killed by security forces while the sixth detonated explosives inside a house.

There was no immediate claim of responsibility for the attack, but the Islamic State jihadist group frequently carries out suicide bombings in Iraq.

Attacks in southern Iraq are rare, especially compared to the frequent bombings that hit Baghdad.

But Ain al-Tamer, which is located 50 kilometres from the Shiite shrine city of Karbala, is on the edge of Anbar province, which has long been a haven for jihadists.

IS issued a statement claiming that responsibility for that attack.

The jihadist group overran large areas north and west of Baghdad in 2014, but Iraqi forces backed by US-led air strikes have since regained much of the territory they lost to IS two years ago.

Iraqi forces are now fighting to retake the northern city of Mosul, the last major population centre held by IS in the country.

But the jihadists have still able to strike inside government-held territory with bombings and other attacks even as they lose ground.

Continue FREE with Ads Pay Rs. 1 to Read Without Ads
READ MORE IN:
International
Next Story : Obama is Terrific, Has Great Sense of Humour: Trump
Download the Outlook ​Magazines App. Six magazines, wherever you go! Play Store and App Store