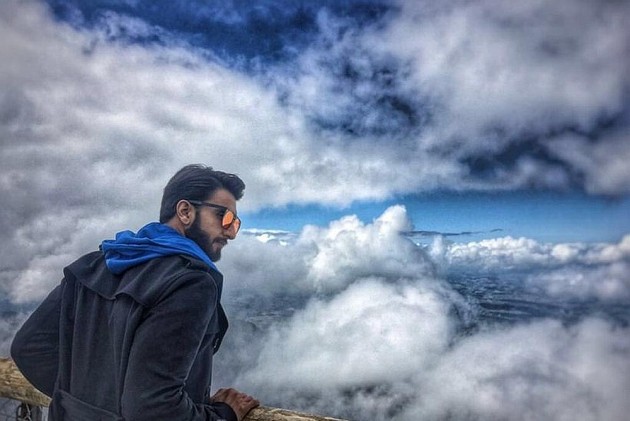 Actor Ranveer Singh has been named the first Indian ambassador for promoting 2017 Switzerland Tourism's campaign- "Nature wants you back".

The 31-year-old Indian hearththrob, who was in a long vacation in Switzerland three months back, is excited for the new venture as he says he cannot wait to endorse the country's virtues to everybody.

"Switzerland has always been known for its serenity and its natural beauty but what surprised me were the adventures in store for me when I visited.

"Going to Switzerland has always been my dream. After all it's a country made famous by Yashji! And now I look forward to my next trip as official brand ambassador in winter. I've been told it's like visiting an entirely different country," he said in a statement.

During his trip in August, Ranveer tried an array of activities from wakeboarding on Lake Zurich and ski jumps at the Swiss Museum of Transport in Lucerne to paragliding and skydiving in Interlaken.

The Bajirao Mastani star is now looking forward to visiting Switzerland in winter early next year most likely to enjoy country's local culture.

"Being a versatile energetic and adventurous personality, Ranveer explored and enjoyed all that Switzerland has to offer. His passion and excitement for the country is what compelled us to request him if he would take on the mantle of Brand Ambassador to which he enthusiastically agreed,"Claudio Zemp, Director-India, Switzerland Tourism said.