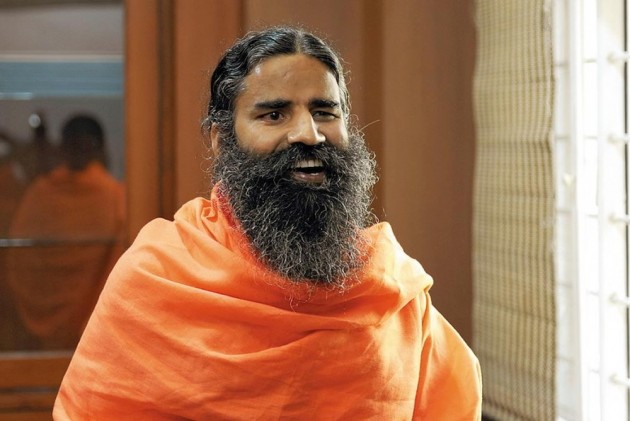 "This decision is taken in the interest of the country, to bring black money into mainstream. It is the biggest assault on terror funding so far. We congratulate the Prime Minister for taking such a tough decision," Ramdev told reporters along with other religious leaders attached to Hindu Dharma Acharya Sabha here.

The Sabha claimed demonetisation will not only achieve the stated objectives of combating black money, corruption and terrorism, but will also bring in financial equality making life easy for common people.

Asked about the government's decision to introduce Rs 2000 currency note, Ramdev said, "I am against allowing high-value notes. The government has brought the Rs 2000 note for a temporary period. It should bring the notes in small quantity. But it should ban the note in future to see the campaign against black money, corruption, terror funding, naxalism has solution in the long-run. Or else, again the black money will accumulate."

Hitting out at those opposing demonetisation, Ramdev said those doing so are committing treason and warned political parties taking an opposite stand on the matter will be routed. He termed Rahul Gandhi's criticism of demonetisation as political drama.

"Those parties which are opposing the move will be routed and called deshdrohi," he said, without naming any of the opposition parties or leaders.

On the issue of inconvenience caused to people in the wake of the November 8 decision, Ramdev noted people are 'angry to little extent' and stated the procedure to withdraw/exchange money 'could have been made easier' by ensuring supply of adequate notes among other.

He said the situation will improve and the economy is getting on track. Ramdev claimed there is a threat to Modi's life from 'political mafias' after he took such a 'tough decision' even as he termed those opposing demonetisation as 'traitors'.

There is a threat to the Prime Minister's life as he has taken drugs, political mafias and international terrorists head on by demonetising the high-value notes, Ramdev claimed.

Swami Avdheshanand Giri of the Sabha, who accompanied Ramdev, expressed similar apprehensions. On asked, Avdheshanand said, "The threat is from terrorists working internationally. He is country's Prime Minister and has security cover. But the government should make extra arrangements for his security."

Continue FREE with Ads Pay Rs. 1 to Read Without Ads
READ MORE IN:
Baba Ramdev National
Next Story : Congress Hits Out at Fadnavis Over Remarks on Demonetisation
Download the Outlook ​Magazines App. Six magazines, wherever you go! Play Store and App Store