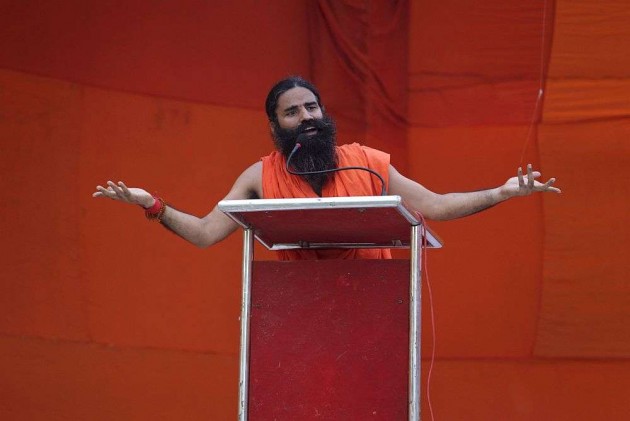 Yoga Guru Ramdev and BJP Prime Ministerial candidate Narendra Modi today shared the dais at an event organised by the former, where Ramdev lashed out at the Congress for attacking Modi and terming him a 'maut ka saudagar' (mass murder). Ramdev responded that if Modi is 'Maut ka saudagar', then Pandit Jawaharlal Nehru was an even worse mass murderer, according to sources.

Ramdev said, "When Sikhs were being killed on the streets of Delhi, the Prime Minister didn't notice. If that man is calling Modi a mass murderer, then Nehru is a worse mass murderer."

However, Manmohan Singh, who had accused Modi of presiding over the Gujarat 2002 riots a couple of days back at a press conference, was not a part of politics during the 1984 Anti-Sikh riots, right after former prime minister Indira Gandhi's assassination.

Singh said on Friday, "Without discussing the merits of Narendra Modi, I sincerely believe that it will be disastrous for the country to have Modi as the prime minister. If by strong prime minister, you mean that you preside over with mask massacre of innocent citizens in the streets of Ahmedabad, that is the major of strength. I do not believe that sort of strength this country needs, least of all in its prime minister."

Modi had been called 'maut ka saudagar' during the 2008 Gujarat Assembly election campaign by Sonia Gandhi, and was again referred to by the sobriquet during the 2012 campaigns.

On today's occasion, senior BJP leaders Narendra Modi, Arun Jaitley and Rajnath Singh shared the dais with Ramdev and slammed the Congress on a variety of issues.