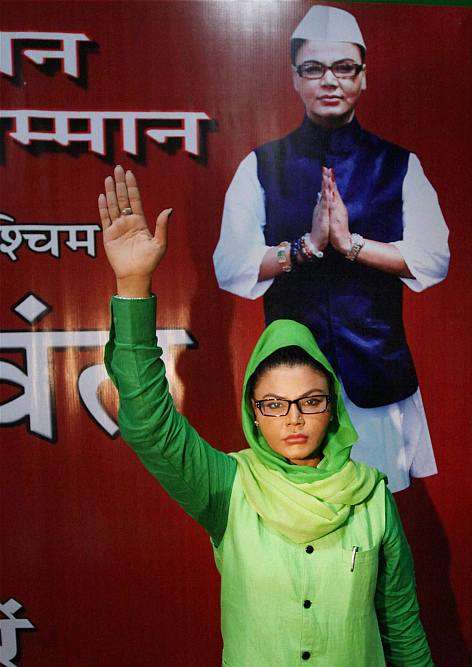 Bollywood starlet Rakhi Sawant today said she is going to contest the Lok Sabha election from the Mumbai North-West constituency on the plank of restoring women's safety in the metropolis.

When asked if she would be standing as an independent, she said a political party had offered her a ticket, and she would soon reveal its name.

"I don't know how to play politics. I am here to solve the problems of common man. My aim is to do good work for the society. I am not striving to become a politician. People want me to fight the election and hence I am here," the feisty item-girl told PTI.

"I have been doing a lot of social work for the last seven years. My aim is to bring back women's safety. I don't want Mumbai to become like Delhi. I want to arrange self-defence and karate classes for women so that they can protect themselves," she said.

Rakhi had been offered a BJP ticket from Srirampur in West Bengal, but she said she declined it as she didn't know the local language.