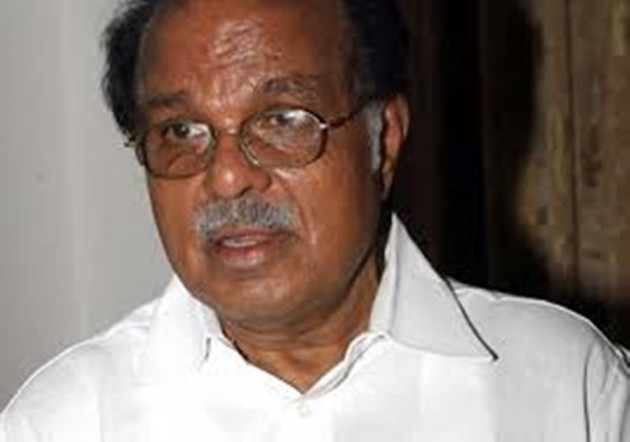 An angry Rajya Sabha Deputy Chairman P J Kurien on Wednesday pulled up Minister of State for Parliamentary Affairs Mukhtar Abbas Naqvi and threatened action against him after he questioned the Chair.

At the same time, Kurien also grilled Congress leader Anand Sharma after he made an attempt to raise a Point of Order, which was rejected as the Chair was not convinced with the argument.

At 2 PM, when the House reconvened after two adjournments due to opposition uproar, Kurien allowed Sharma to raise a Point of Order. He claimed that the Constitution had been violated.

His attempt to raise the Point of Order was disturbed by shouting from the Treasury benches, which provoked Kurien.

Naqvi said the members wanted a debate on the issue, to which Kurien said that a Point of Order can be raised and it is answered.

The Minister asked the Deputy Chairman under what Rule this was binding.

Angered by this, Kurien told Naqvi to sit down or else he will take action against him, even if he was a Minister. Naqvi then sat down.

Earlier, Naqvi said BJP members wanted resumption of the discussion and did not want to disturb the House. He said the ruling members were sad over happenings in the House.

Kurien's comments against Naqvi were later expunged, marking a rare case where the Chair's remarks have been deleted from the proceedings of the House.

During the course of the proceedings, the Deputy Chairman asked Sharma to specify which Article of the Constitution had been violated as claimed by him.

Sharma gave various arguments including the one that the Monetory Policy is the domain of the RBI and the Prime Minister had made a departure from the established Constitutional norms by making the announcement.

As Kurien kept posing his question, the former Union Minister shuffled pages of the Constitution, saying he is looking for the Article.

However, Kurien was not convinced and he rejected Sharma's Point of Order.

Tiruchi Shiva (DMK) also raised a Point of Order on the situation arising out of the note ban, which has impacted farmers. He also raised the issue of Modi's presence in the House during the discussion.

Pramod Tiwari (Cong) also raised the Point of Order saying that Article 74 of the Constitution has been violated because the Prime Minister, as head of the government, had made the announcement in an address to the nation and so he should make a statement in the House as well.

Kurien rejected this also, ruling that there is "no Point of Order". He asked Tiwarni not to make a political speech in the House. "I am not bothered about the politics of it," the Deputy Chairman said.

After this, Kurien said that he would call the name of the member listed for speaking on the discussion and if the member does not stand, he will ask Minister of State for External Affairs M J Akbar to make a statement on the Prime Minister's visit to Japan on November 11-12.

BJP members too rose from their seats and started raising slogans, which could not be heard due to the din.

Akbar rose to read the statement but could not complete it due to the commotion. He then laid it on the table of the House.

Kurien then adjourned the House for the day.

Earlier, a comment by Naresh Agrawal of SP agitated BJP members, with newly-nominated member Roopa Ganguly taking the lead in protesting against the remarks.

Kurien asked her to calm down and told Naqvi that he has not understood the issue as all the members are shouting and that only one should raise the issue.