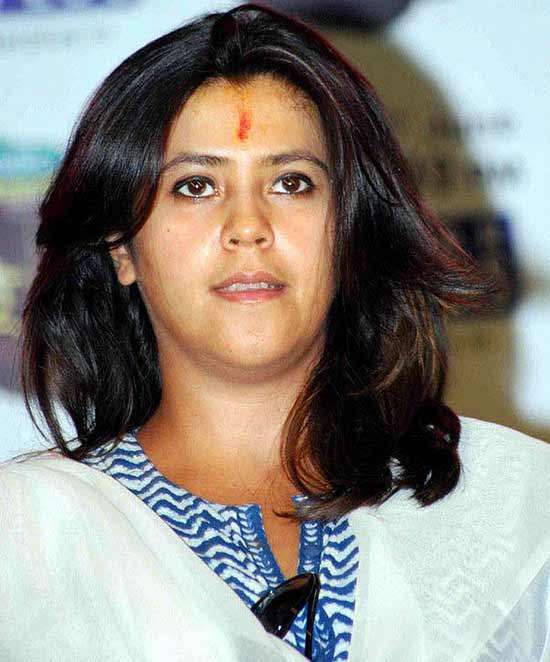 Activists of a Rajput outfit today entered the venue of Jaipur Literature festival and protested against the presence of filmmaker Ekta Kapoor at the event, objecting to the title of her TV serial 'Jodha Akbar'. Miffed over allegedly backtracking from her promise that the name of 'Jodha Akbar' will be changed, Jaipur-based Sri Rajput Karni Sena (SRKS) tried to disrupt the session at JLF where Ekta was in conversation with author Siddharth Dhanvant Shanghvi.

"Ekta Kapoor's serial presents incorrect facts about Jodha Akbar. She was not the wife of Akbar and we had raised objections before Ekta in the past. She had promised last year in Jaipur that the serial would be amended but nothing has been done so far," Shyam Pratap Singh, a Karni Sena leader, said.

On her last visit to Jaipur, the Balaji Telefilms Limited’s owner had reportedly struck a truce with Karni Sena on the matter of her TV series.

The activists claimed there were media reports saying she might not attend the JLF. "We were not aware that she would turn up, a newspaper report said she wouldn’t. If she will show Rajasthan in a bad light, we would not let her come here," Mahipal Singh Makrana of Karni Sabha said.

The protestors were pushed outside the venue while the session continued.

"There were around 10 youths who protested during her session. They were pushed outside the festival venue," SHO Ashok Nagar Harshraj Singh said.

Addtional DSP South Gyan Chand said the youths, who identified themselves as Sri Rajput Karni Sena activists, protested in the session of Ekta Kapoor to and raised objection to a serial.

Ekta merely said, "Try to understand the situation I am in."