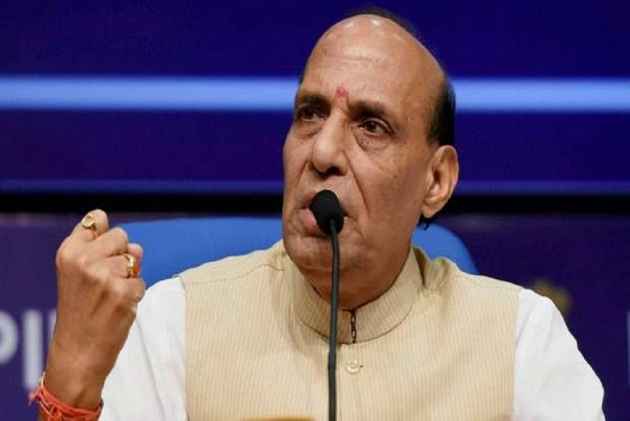 Union Home Minister Rajnath Singh reviewed the security situation in West Bengal's Darjeeling by sending more troops to help restore normalcy as the state government has not yet submitted its report on the situation.

The situation remains tense as the indefinite bandh called by the Gorkha Janmukti Morcha (GJM) has entered the sixth day today.

On late Friday night, the police raided and allegedly vandalised the residence of assistant general secretary of the GJM, Binay Tamang.

The hill station witnessed violent protests and arson by the supporters of the GJM against the raids carried out by the police.

The GJM supporters torched a panchayat office at Mirik, a hydroelectric supply office at Lodhama in Darjeeling and a health centre in Rimbik-Lodhama. Because of the closure of hotels and non-availability of transportation, the tourists suffered a lot.

Local administration arranged bus services, so that stranded tourists could get to neighbouring Siliguri.

The North Frontier Rail (NFR) stated that train services in Darjeeling have been suspended until further notice.

The toy-train services of the Darjeeling Himalayan Railway (DHR) have been suspended in view of the strike for the safety of passengers, staff and the property of the DHR.

The strike was called even after the Chief Minister assured that the new rule would not be imposed in the hill districts.

The protestors are also asking for a separate Gorkhaland, a long pending demand of the people of the hills. (ANI)