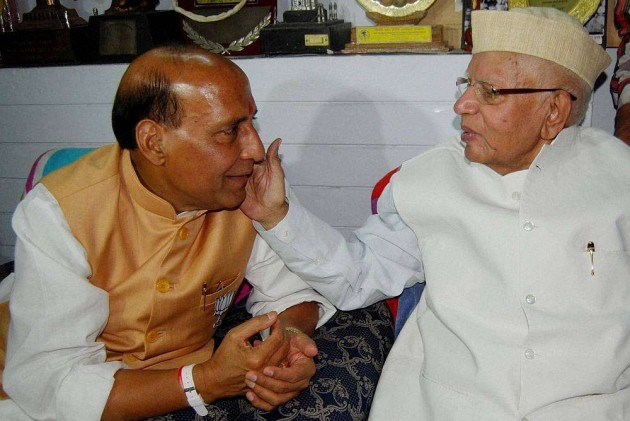 Rajnath, who went to Tiwari's residence here this morning, touched his feet and sought his blessings. Tiwari was the Chief Minister of Uttar Pradesh thrice.

"When I was in the state assembly, once after I made a speech, Tiwariji, who was then the Leader of Opposition, rose from his seat, called me, and said that you are the future of the state," Rajnath told reporters after the meeting.

Tiwari said that his blessings are with the BJP President. Replying to a question on BJP President Rajnath Singh meeting Congress veteran N D Tiwari, Congress leader P Chidambaram said it was a "desperate" attempt of the BJP.

"What is the great story in BJP chief meeting N D Tiwari. Is it going to lead BJP to victory. This is a desperate attempt," the Finance Minister said.