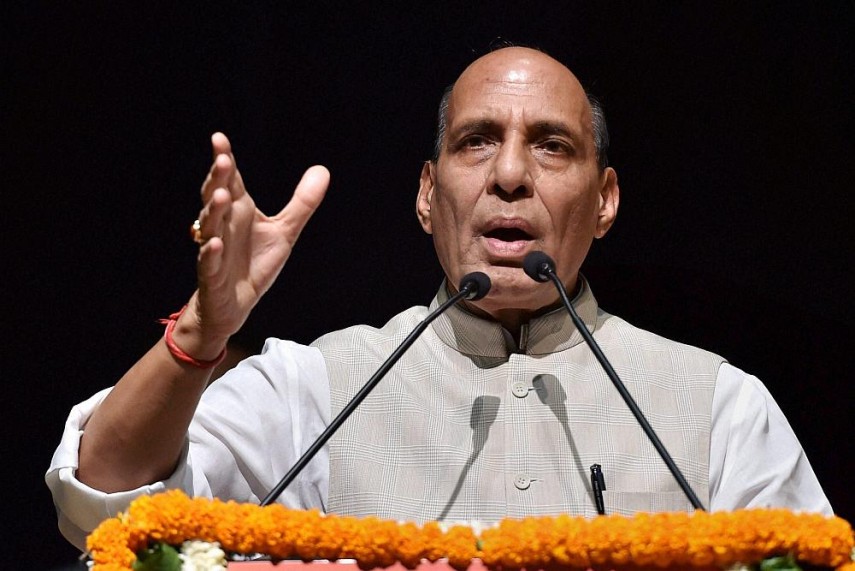 Digvijay Singh, facing flak for sharing the dais with controversial Islamic preacher Zakir Naik and praising him, had today alleged that Rajnath Singh had met Thakur.

The Congress General Secretary had made the charge earlier too and Rajnath Singh had denied it.

Sharma also questioned the "silence" of Congress leaders Sonia and Rahul Gandhi, saying they should speak on this matter of national security.

"One can understand their silence on corruption involving its chief ministers in Himachal Pradesh and Uttarakhand besides Aircel Maxis and chopper scams as they are themselves charged in National Herald case. But they should not be silent on this issue of national security," he said.

The saffron party has targeted Naik for "inciting" people after it was reported that one of the five terrorists behind the Dhaka attack was inspired by his speeches.

"If in our country anybody directly or indirectly supports ISIS, then it amounts to betraying the country. Investigation agencies must take stringent action," he said accusing Congress of politicising and glorifying terrorism.