Rajinikanth Should Stick to Acting, He Has No Idea About Constitution, Says Swamy 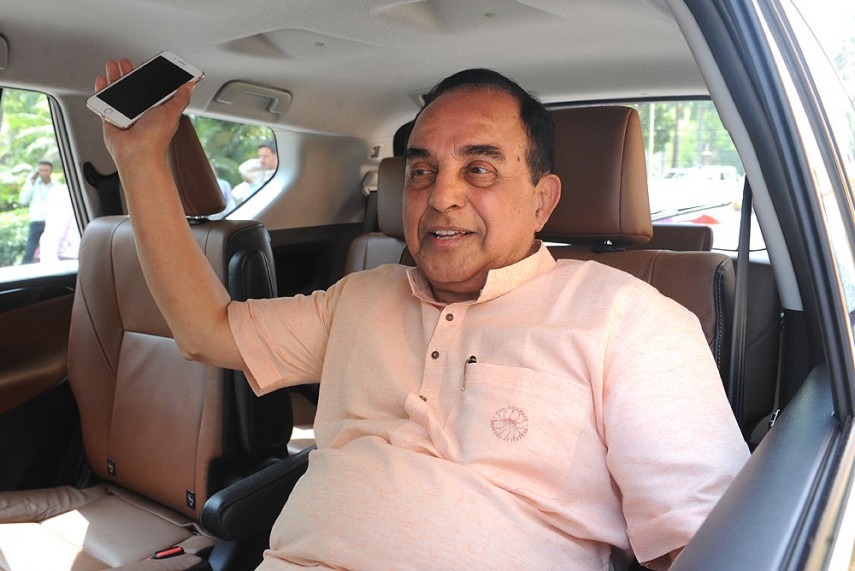 Print
A
A
A
increase text size
Outlook May 22, 2017 15:50 IST Rajinikanth Should Stick to Acting, He Has No Idea About Constitution, Says Swamy

"Rajinikanth does not fit into the current political situation in TN. He has no idea about the constitution, fundamental rights or any such matter. It is better he sticks to cinema, since he can deliver dialogues well and entertain people," Swamy told ANI.

Taking this notion further, Swamy vehemently opposed the entry of cinema stars on the whole into politics, adding that the existing faces have hindered the development of the state.

"Entry of stars has ruined what Kamaraj did for TN and abolished the foundation on which it was built. I strongly disagree with the idea of the film fraternity entering politics," said Swamy.

Lashing out at the media for reports on him joining a particular political party, Swamy dismissed these claiming that no official intimation has been received with regards to the 'Thalaiva' joining any party.

Earlier in the day, the Tamilar Munnetra Padai, a pro-Tamil group staged a protest against Rajinikanth's possible entry into politics earlier today, stating that he was a Kannadiga.

They launched a protest outside his residence, following which security carted them away, as they shouted slogans against him.

The protestors claimed that Tamil Nadu should be ruled only by the Tamils and being a Kannadiga, Rajinikanth should not come into the state politics.

To this regard, Swamy said the protest by the Tamil 'extremists' came as no surprise, adding that Rajinikanth should have taken a stronger stand for himself.

"These are Tamil extremists who have been brainwashed by the British and follow the Dravidian theory. Rajinikanth should have opposed this, but I'm sure he will run away," said Swamy.

Earlier on Friday, while addressing the final day of Rajini-darbar the Tamil superstar said, after living in Tamil Nadu for 43 years and receiving the fans' appreciation, he has now turned into a ' true-Tamilian.'

"I am 67 years old. I lived in Karnataka for 23 years and in Tamil Nadu for 43 years. I have lived and grown with you. You have been truly loving and welcoming and made me a true Tamilian. If I have to live anywhere in this world that will be in Tamil Nadu," he said.

For the unversed, actor-turned-politician Sarath Kumar, in the past, labeled Rajinikanth an "outsider" Kannadiga, who stepped into Tamil Nadu to find work.

This remark came after the Rajinikanth, at an event, observed that he misses actor-political satirist Cho Ramaswamy, at a time of "unusual political developments in the state," following the demise of late chief minister Jayalalithaa. His statement was touted to be in reference to Sasikala taking the reins of AIADMK.

Kumar, who contested on the AIADMK symbol in the Assembly election from Tiruchendur in Tamil Nadu in May 2016, on this note, said that Rajinikanth should be careful about his comments on public platforms; adding that the former will be the first to oppose the Rajinikanth's upcoming movie '2.0' star, if he tries his hands in politics.(ANI)