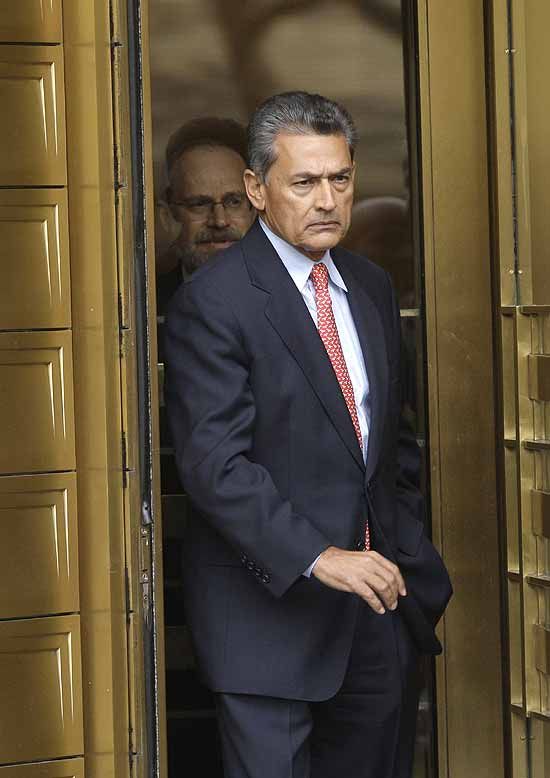 India-born former Goldman Sachs director Rajat Gupta today sought overturning of his insider- trading conviction in a US court here by arguing that the wiretap evidence used by the prosecution in the case should not have been introduced at trial stage.

Gupta's attorney Seth Waxman told the 2nd US Circuit Court of Appeals in New York that wiretaps played for the jury were inadmissible because they amounted to hearsay evidence.

"Gupta himself was not heard on the wiretaps, which are instead conversations between convicted Galleon Group manager Raj Rajaratnam and other employees at the hedge fund. Those wiretaps should never have been admitted," Waxman told a three-judge panel hearing the high-profile case.

"The prosecution's case rested exclusively on circumstantial evidence, and predominantly on wiretap statements — not of Gupta, but of Raj Rajaratnam, a highly unreliable declarant, speaking with other people with no connection to Gupta," Seth Waxman and Gary Naftalis, Gupta's lawyers said in a brief to the appeals court.

"The court's decidedly asymmetrical interpretation of the rules of evidence left the jury with a distorted picture in which Gupta was accused by the self-serving hearsay of a known fabulist beyond Gupta's powers to cross-examine, but was unable to explain to the jury that he had neither the motive nor the inclination to benefit that person," Waxman said.

Gupta, 64, a former head of the consultancy McKinsey & Co, was a board member at Goldman and Procter & Gamble and was sentenced to two years in prison in October and ordered to pay a USD 5 million fine for spilling confidential information about Goldman to Rajaratnam, his business associate.

Rajaratnam is now serving 11 years in prison for one of the largest insider trading schemes in US history.

Waxman and Naftalis argued that the conversation and a second wiretapped call were admitted erroneously under the theory that it furthered the insider-trading conspiracy because prosecutors didn't allege Lau was a member of the Rajaratnam-Gupta conspiracy and instead called it "inadmissible braggadocio".