Rajasthan Government To Tag Cattle With Microchips To Check Abandoning 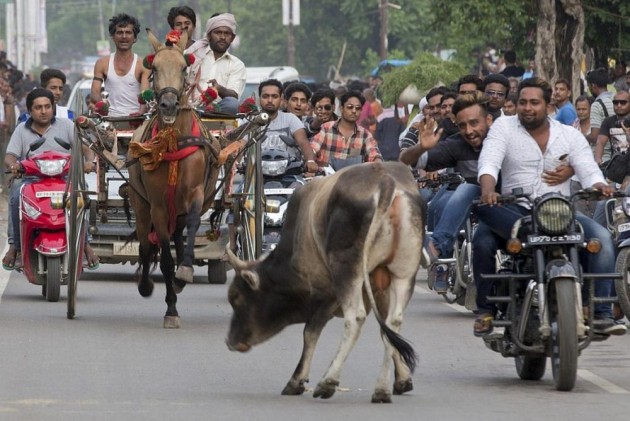 Print
A
A
A
increase text size
Outlook December 23, 2016 13:29 IST Rajasthan Government To Tag Cattle With Microchips To Check Abandoning

Rajasthan Chief Minister Vasundhara Raje today said her government would tag the state's cattle population with microchips to check abandoning of old and infirm bovines and that anyone found leaving their cows on roads would be fined.

Addressing an event in Udaipur, Raje said that when cows stop giving milk, their owners leave them on roads.

"It puts burden on municipal corporation and on government cow shelters. We will put chips on ears of cattle so as to penalise owners, if their cows were found straying," she said.

She said corruption would not be tolerated at any cost in the state and those found involved in malicious practices would be dealt strictly.

She batted for innovative steps to promote tourism such as launching colourful e-rickshaws in state capital.

"E-rickshaws should run in Jaipur on the lines of Udaipur. There should be a competition within cities of state. The state caters to large tourist population, there is need to adopt policies so that cities look clean and beautiful," Raje said.

She laid emphasis on developing walkways for pedestrians in cities, checking use of plastic bags, and putting an end to plastering walls with posters.