Rajan Took Many Steps to Put Banking System in the Right Direction: Prez 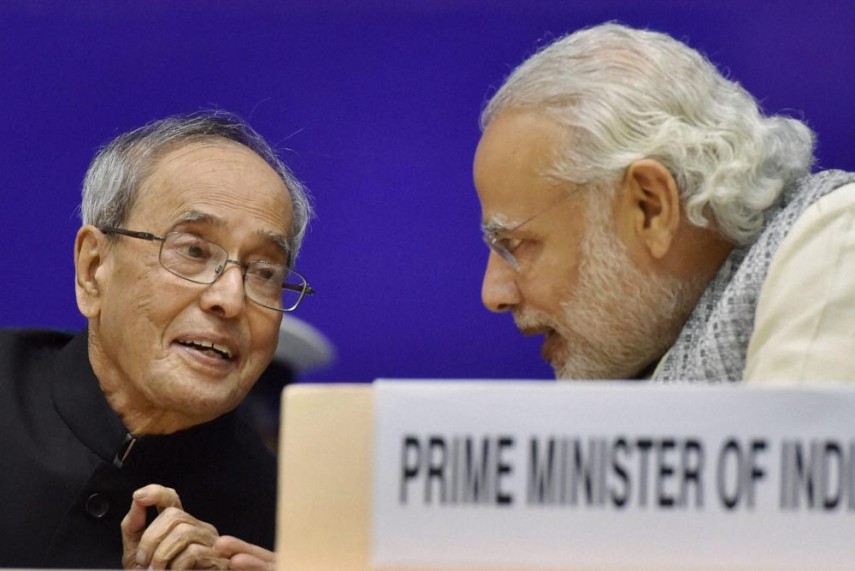 Print
A
A
A
increase text size
Outlook September 10, 2016 17:25 IST Rajan Took Many Steps to Put Banking System in the Right Direction: Prez

Just retired RBI Governor Raghuram Rajan's clean-up of more than USD 100 billion of stressed assets on the books of banks today came in for praise from President Pranab Mukherjee who felt rising NPAs are not a desirable situation.

"Of course more than often you listen to NPAs of banking system, which is no doubt a matter of concern. And Governor of RBI who has just retired, Mr Rajan, took many appropriate steps to put the system in the right direction," he said at the centenary celebrations of Karur Vysya Bank here.

Rising NPAs is "not a desirable situation," he said, adding those resources must be available for commercial disbursement.

Rajan, who completed his three-year term as Governor of the Reserve Bank of India on September 4, had forced banks to recognize the true state of their bad loans. This culminated in a six-month asset-quality review that led to banks reporting a surge in bad-debt disclosures and higher losses this year.

Mukherjee said Indian economy and its banking system has done reasonable well considering "indiscretion of a private bank (abroad) could create such an international financial crisis from which world is yet to recover."

Forecasts of the IMF and World Bank are revised and re- revised year after year because world economy is hit by one after another crisis and overall performance of major economies of world are not so bright and prosperous, he said.

"Everybody at that point of time pointed out that when the major banking institutions in international arena were suffering, Indian banking system stood firmly and solidly because of its prudent management not indulging in some sort of profligation. I am happy to note that because of the basic foundations, and strength of our macroeconomic indices, Indian economy is doing reasonably well," he said.

Mukherjee further said the areas of concern in banking system today are substantially in the NPA.

"This has resulted in an increased stressed assets and ... Profitability," he said. "Therefore the resources available for credit disbursement by the commercial banks has been seriously affected and this is not a very desirable situation."

"Because with the growing economy you require credit expansion. Credit expansion must take place prudently, bank management must have prudence in lending so that it does not enter into their NPA accumulation. But on the overall, I must say that the Indian banking system has done well," the President said.

He said banks are the trustee of depositors money and its their utmost responsibility to protect the money of those persons who have imposed trust on in them as banker.